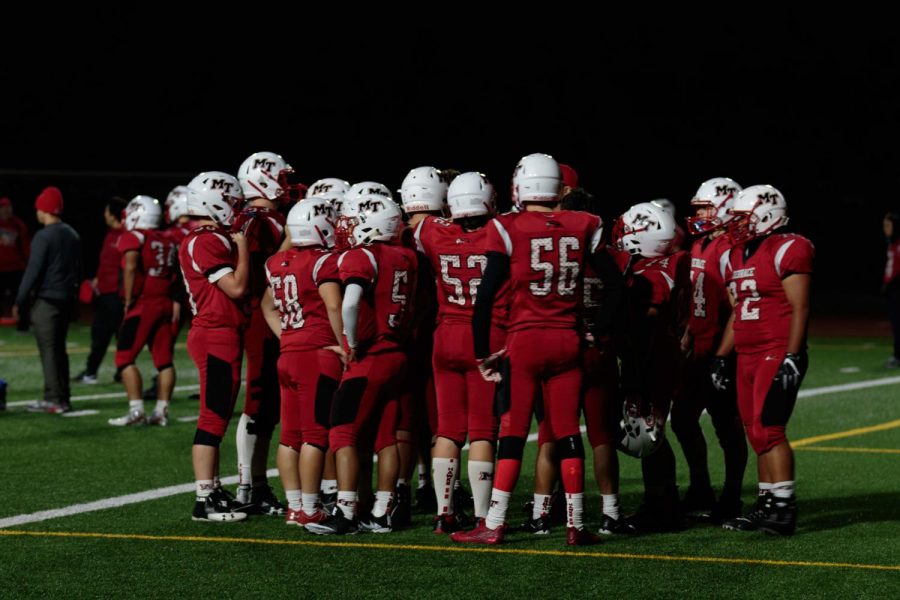 The Hawk team stands in a huddle before kick off.

The Hawks faced up against the Lynnwood Royals on Friday, October 6 for the Hawks Homecoming game and came out victorious with a score of 27-9 Hawks.

With the Royals not winning a single game this season the Hawks were able to jump on them in the first quarter, scoring 13 points and the Royals scoreless.

Junior Quarterback Jesse Martineau scores the first touchdown of the the game, with a good PAT kick in the first quarter, followed by Moussa Traore scoring another touchdown with a no good PAT kick.

The Royals answer back to this in the third quarter with Jayden Acosta-Newsome scoring a safety, then Lynnwood’s Delaun Smiley-Tatum scoring a touchdown.

Finally in the fourth quarter the Hawks finished the game with senior Keegan Grayson making a 60 yard TD run for the last touchdown of the game, ending with a score of 27-9 Hawks.

The next game will be a home game on Thursday, October 12 at Edmonds Stadium against Edmonds-Woodway High School at 7:00 p.m. See you there!