Hawks Cross Country faces off against tough 4A schools 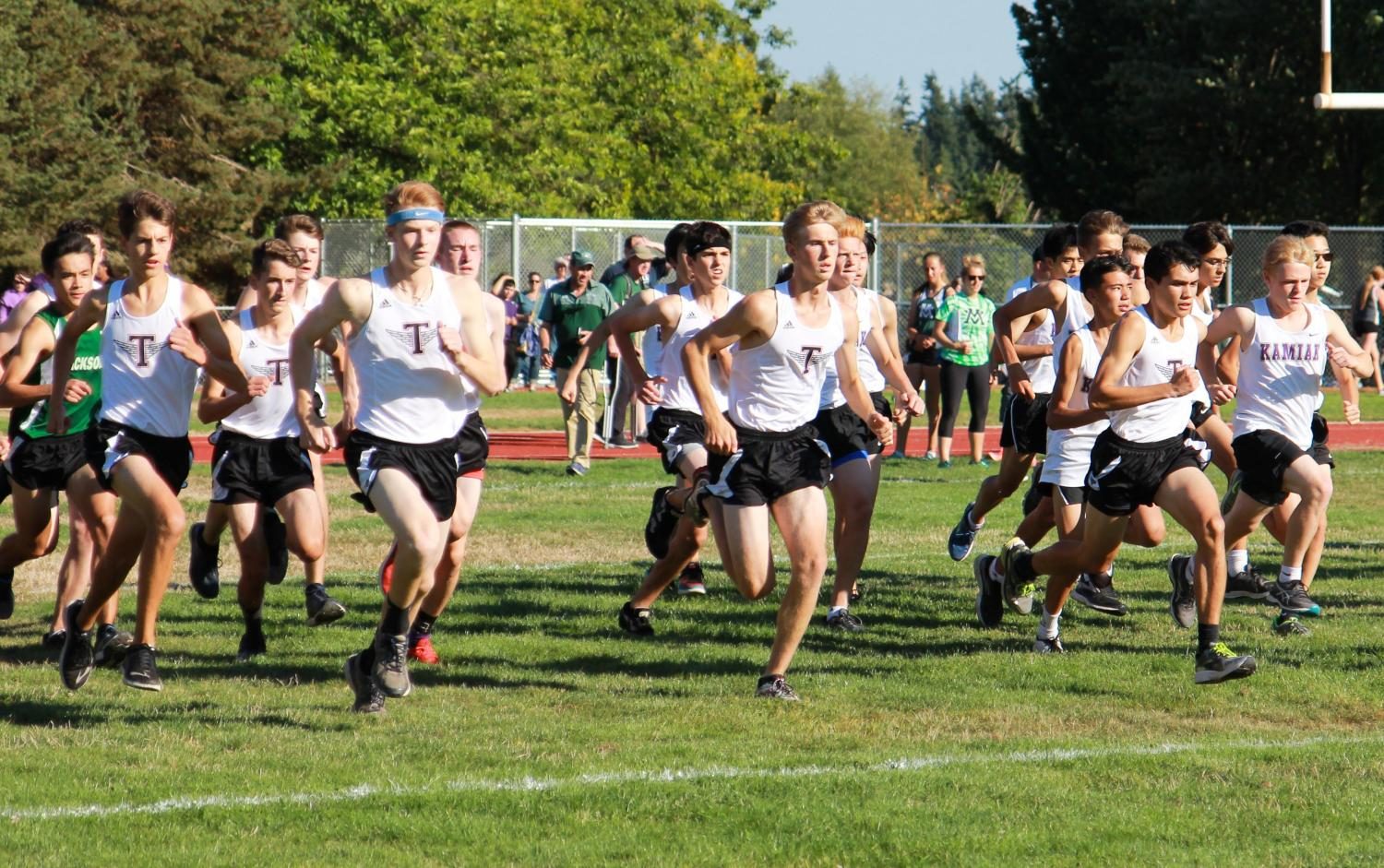 The Mens Team warms up before the race.

By Kennedy Cooper and Sarah Davis

The Mountlake Terrace Hawks proved their strength in a battle against 4A schools Jackson, Mt. Vernon and Kamiak High School on Thursday, Sept. 14. With Jackson coming out on top for the Men’s with a team score of 21, the Mountlake Terrace Men follow in second with a score of 51.

“5 of our top runners [were] in the top 20 out of 127 kids. As long as we keep pushing from here we’ll have a good end of the season,” senior captain Josh Ernst said.

The Mountlake Terrace Women didn’t fare as well, finishing in last place with a score of 66. They were only 2 points away from Kamiak however, who came in 3rd.

In an interview with the Hawks Lady runners, senior Sandra Hart says, “It’s not just about the running it’s about the bonding. We build a lot of fun memories together.”

With only 9 girls on their roster the Lady Hawks did well individually with 4 of their runners finishing in the top 20.