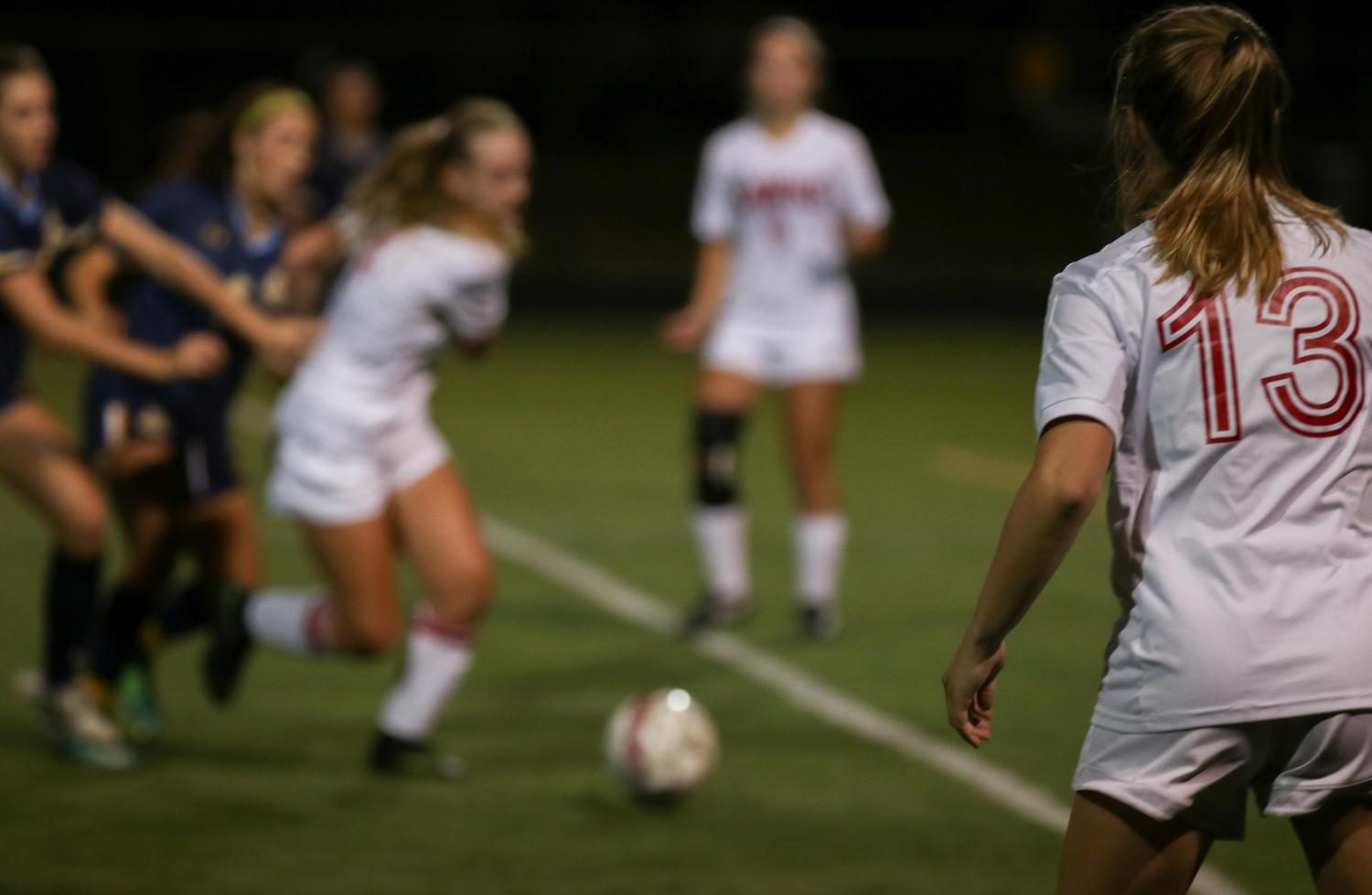 Senior Julia Hart led the Terrace girls varsity soccer team with a hat trick in their first game of the regular season on Thursday, Sept. 14. However the team fell short against the Everett Seagulls as the game finished 4-5 after going into overtime.

The first half began energetically with the girls on the bench shouting encouragement at their teammates on the field. The team looked good as they accumulated points during the first half with goals by Hart and sophomore Taitumn Simbulan. Everett worked just as hard getting off 11 shots on goal but thanks to sophomore goalkeeper Maisey Knorr, Terrace finished the first half with a shutout.

At halftime the girls received tips and encouragement from their coaches. Head coach Alvin Little urged the girls to not lose their momentum during the second half just because they were feeling confident with their lead.

With a cheer they made their way back onto the field ready to take on a second half that would be of much higher tension than the first. Fifteen minutes into the half Everett put in a goal off of a corner kick. They earned three other goals throughout the half.

Coach Little expressed that he was worried going into the second half as he never feels comfortable with 3-0 lead saying, “we get complacent, comfortable, the girls get tired too.” Even though the half was a bit frantic Terrace was able to put a goal in the eighteenth minute. The half however, still ended in a 4-4 tie.

Five minutes of overtime were added to the game; both teams worked hard to get shots off, with Terrace sophomore goalkeeper Ella Seavers working hard to keep them out. However, a goal slipped past her in the final minutes.

Head Coach Little said that for him “the goal is always improvement,” and he’s hoping to work on his defensive line as the season progresses and not give up as many goals.

“The goal is always state, the benchmark won’t get any lower,” he said in regards to his goals for the season.  Little feels that with some work on organization, the girls soccer team can get far this year.

The Terrace girls soccer team will have their next game away in Shoreline against Shorewood on Tuesday, September 19 at 7:00.