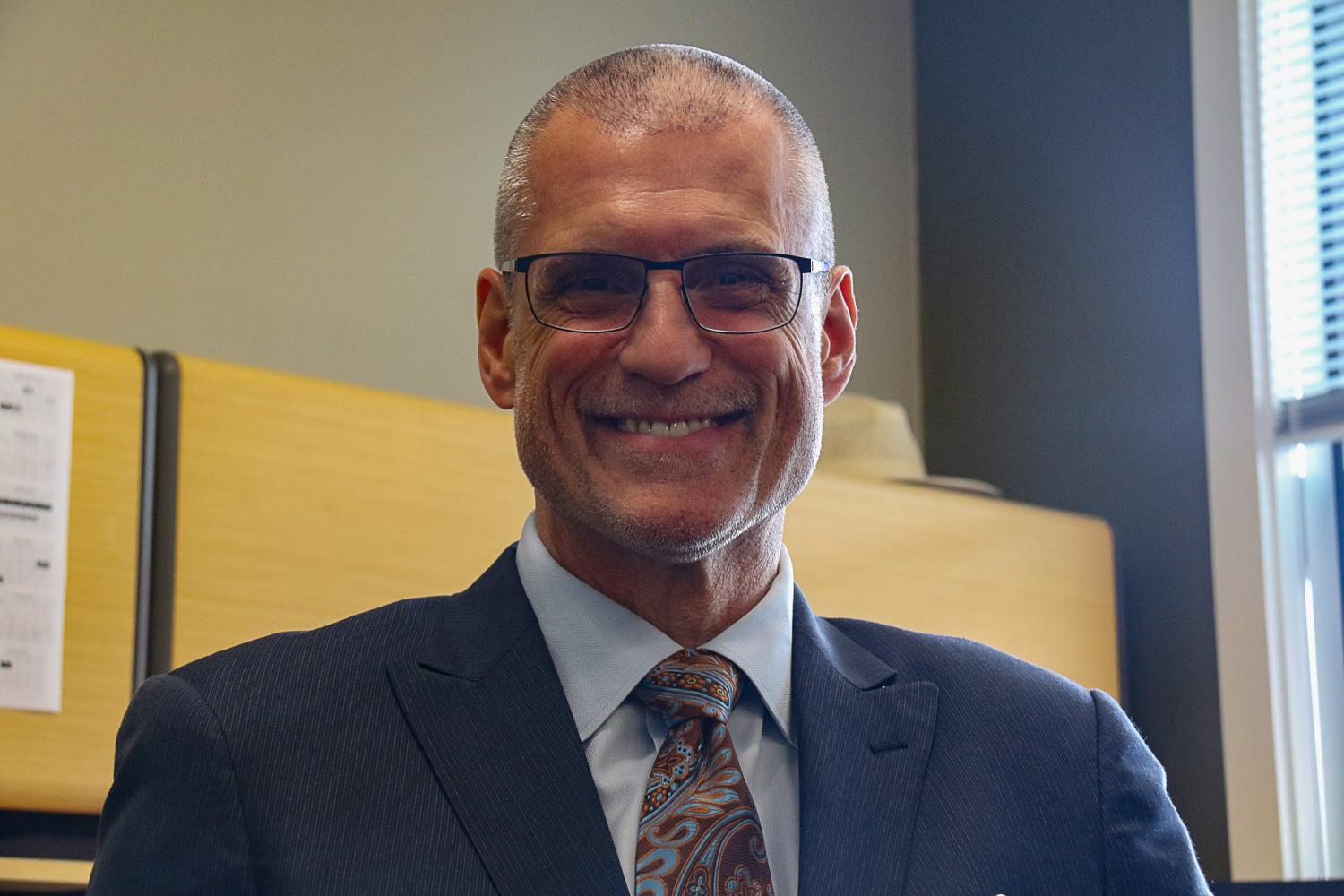 Greg Schwab has served the MTHS community for the past 13 years as its principal. Throughout those 13 years, he has become an inseparable member of the community and has become the well known and friendly face of the school’s administration.

Now, Schwab is leaving his principal role to assume the role of assistant superintendent of the Edmonds School District (ESD), a position which he was chosen for in April. Working closely with superintendent Dr. Kristine McDuffy, Schwab will oversee all principals and administrators working in ESD middle and high schools.

Schwab views one of his biggest contributions to MTHS as being a voice for students and creating a learning environment which allows them to pursue their passions. Schwab wishes to bring this attitude to his new position.

“I really want to see all of our students at the secondary level have the kind of access to academic programs that they deserve,” he said. “I think that they do and I want to work to continue to support the schools in developing those programs and making school a great place for every kid.”

Schwab has expressed his desire to be out working in the schools of the district as much as possible during his time as assistant superintendent.

During Schwab’s time as principal, MTHS experienced record growth in its award winning journalism, jazz, STEM and athletic programs which have represented MTHS at the state and national levels on numerous occasions. Terrace has also achieved an on-time graduation rate of 91.3 percent, a rate much higher than the national average of 83 percent and the Washington state average of 78 percent.

When Schwab became principal in 2004, MTHS was organized into five smaller learning communities under the Small Schools Initiative and transitioned out of that model under his leadership in 2008.

Schwab has been involved in education for 29 years and before coming to MTHS, he served as an English teacher and assistant principal at Tigard High School in Tigard, Oregon. After his time in Tigard, he served as the athletic director for the Camas School District in Camas, Washington and then became an assistant principal at Shorewood High School in Shoreline, Washington.

“When I came here I had never been a principal before; this was my first high school principalship and I think the community, the students and the staff allowed me to grow, learn the position and make our school a better place. I really think that they supported me as much as I supported them,” he said.

After 13 years, Schwab finds it incredibly hard to leave MTHS and the relationships that he has built with the teachers, parents and students in the community. He will still live in Mountlake Terrace and plans to stay involved in the community, but he will have a new, district-wide focus as the assistant superintendent.

“I feel like I haven’t just been here for 13 years; I feel like I’m a part of this place and it’s hard to say goodbye,” Schwab said.

Schwab has accumulated many memories throughout his 13 years as principal. One of his favorites is a senior prank in 2008, which he said was the best one that he has ever been a part of.

That year, school had to be closed many times due to snowy weather, so during the spring, some seniors went to an ice skating rink, got a bunch of shaved ice and put it into their trucks. They drove to MTHS and blocked off the doorway with the “snow” and signs that said school was closed due to a snow day.

“I remember standing there looking at that and just laughing. It’s like, what else can you do?” Schwab said. “So then our head custodian and I had to spend the better part of an hour trying to shovel out the doorway so that students could get into the school. It’s one of those memories that I just look back on and laugh because it was such a harmless prank and it was so creative at the same time.”

Some of Schwab’s other favorite memories include watching students succeed in a wide range of academic and athletic competitions.

“This will be the group that I graduate with, so maybe they will invite me to their reunion in 10 years,” joked Schwab.

“While I was working as a graduate assistant football coach, I had the opportunity to work with high school students through some football camps and I found that I really liked doing that,” Schwab said. “I started working on my teaching credential at that time, and in two years I had my credential and got my first job teaching English at Tigard High School.”

With the conclusion of his 13 years of service to the MTHS community, Schwab wanted to thank all of the community for their tremendous support.

“It has been my privilege and my honor to get to be the principal here for the last 13 years and I just appreciate everything that everybody has done to help make this school such an amazing place, it truly has been a team effort and we have all done it together,” he said.

Schwab believes that he will always be a part of the school community.

“I always end my graduation speeches by saying you’ll always be at Mountlake Terrace High School and I guess that’s how I feel too. Deep down, I will always be a Hawk. Wherever else I go, this place has had such an impact on me and it’s been such a big part of my life that it will always be with me,” he said.