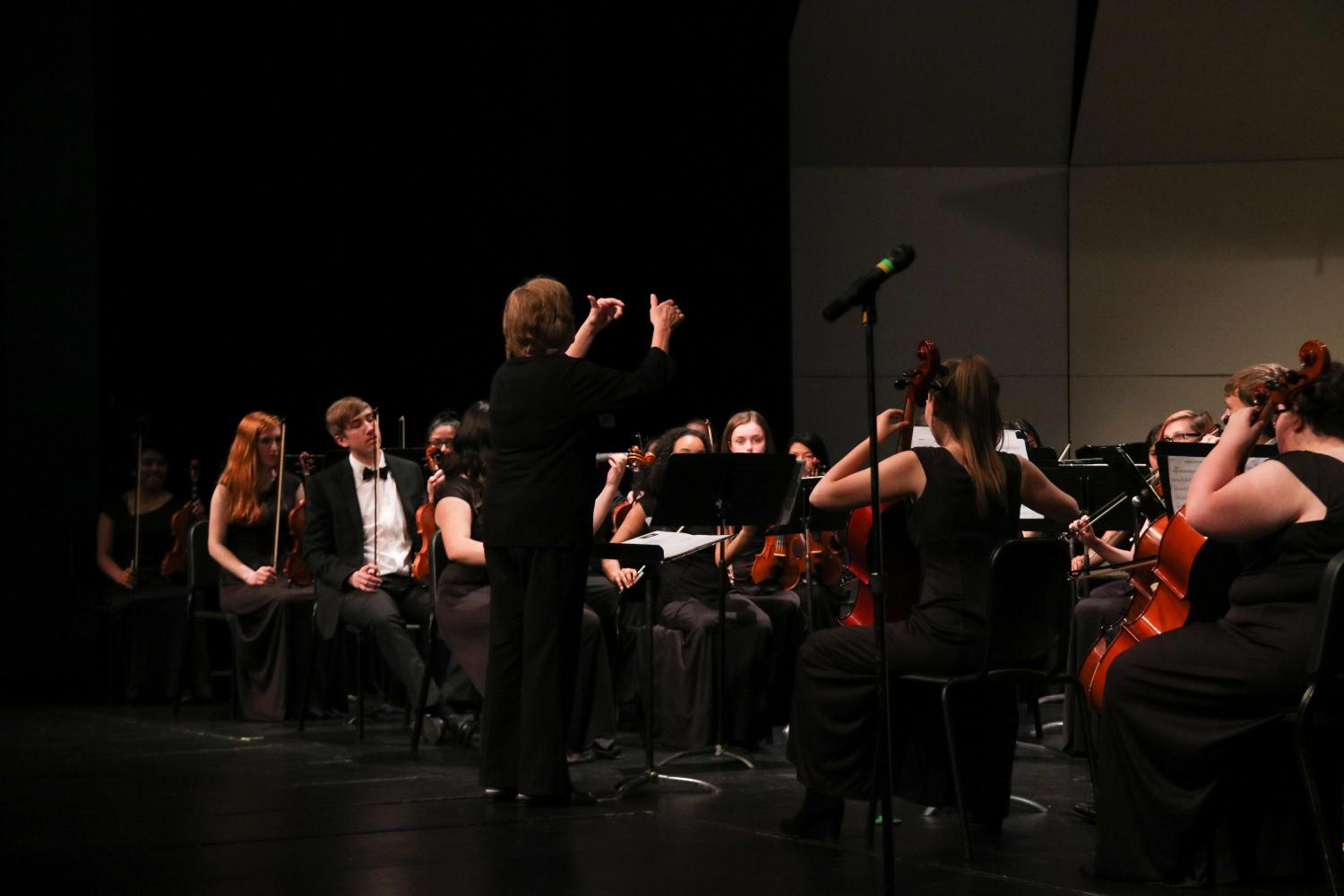 On Tuesday, June 6, Chamber Orchestra and Concert Orchestra put on their final performance for the year and said goodbye to their seniors.

The concert orchestra opened with “Arabian Dreams” with sophomore violinists Taelor Ellis and Semira Beraki doing a duet. Their second song was “The Carnival of the Animals,” including senior Elizabeth Jurgensen on piano.

After the Concert Orchestra exited the stage, the Chamber Orchestra played “Adagio,” followed by “Allegro,” “Waltzer” and “Frolicsome Finale.”

“I think the performance could have gone a bit better, we’ve definitely done better performances in our past year,” Ellis said.

Shortly after honoring them, focus was moved to the awards. Starting with Concert Orchestra, Sarah Acheson won the award for “Most Improved” and Taelor Ellis won the awards for “Most Inspirational” and “Most Outstanding.”

In Chamber Orchestra, senior Aarthi Yogendran won the award “Most Improved.” Junior Jason Jennings won “Most Inspirational” and senior David Arriola won “Most Outstanding.” To add to all these awards, MTHS orchestra was awarded a special award in Disneyland earlier this year.

Before the senior slideshow, the seniors came onto the stage to present orchestra teacher Jennifer Schillen with flowers and a basket of her favorite things like Caramel M&Ms, a jar of roasts and some biscuits.

“It was a good way to end it,” Senior violinist Hani Nakkour said.

After the slideshow played, everyone moved out to socialize and take pictures with each other. As they move on with their lives, Schillen hopes the seniors will “be strong.”