“Leading Ladies” extends beyond the stage 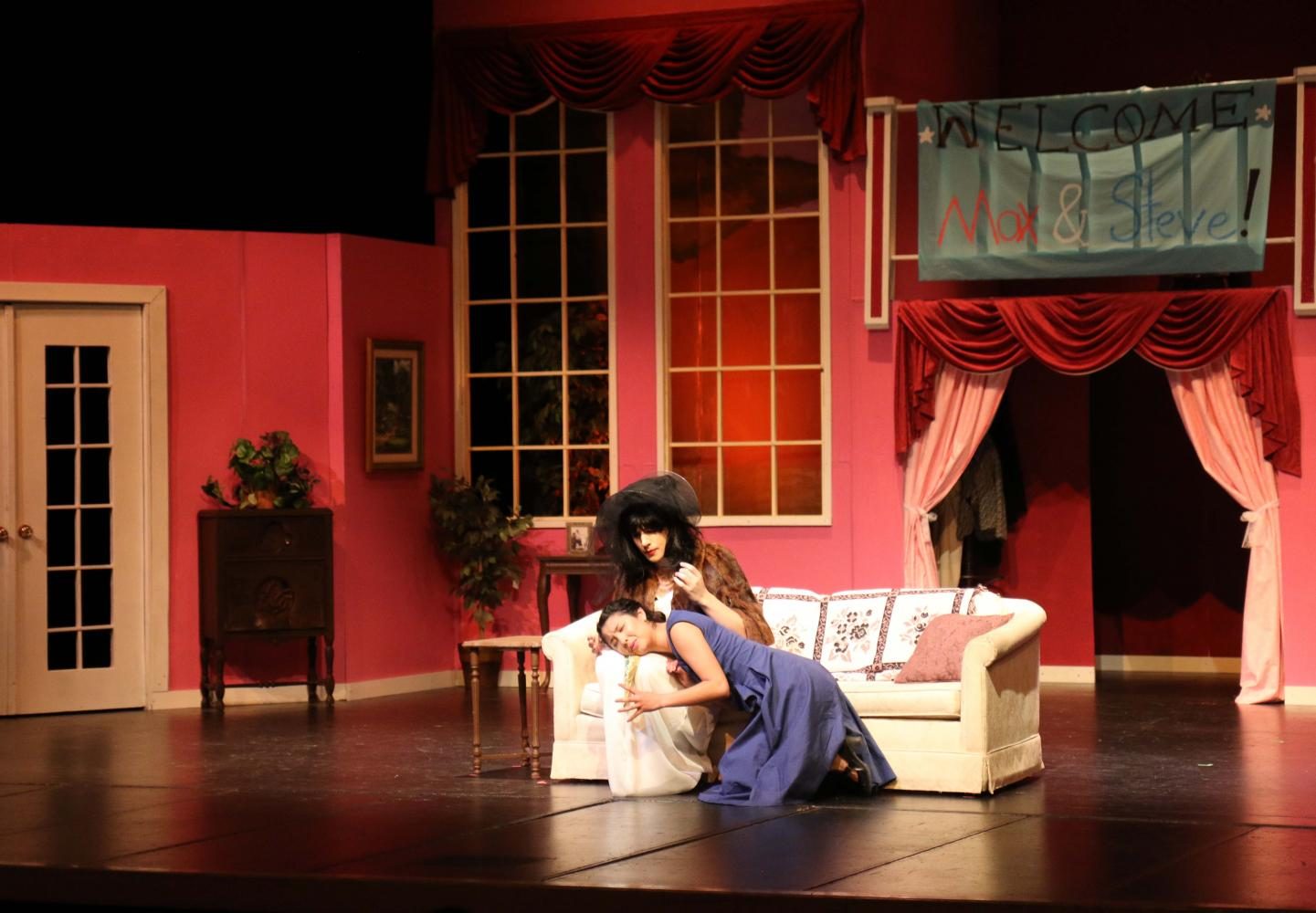 The play revolves around Shakespearean actors Leo Clark (Colin Walker) and Jack Gable (Sam Schippers) who use their acting abilities to pose as Max and Steve respectively. However the two were mistaken as Max and Steve are instead nicknames for Maxine and Stephanie. They thus crossdress as them to claim the $2 million inheritance from Max and Steve’s aunt Florence (Abbie Apana) who was announced dead earlier that morning.

When they both arrive at Florence’s home, Leo and Jack learn that Florence’s death was mistakenly determined by Doc (Michael Wollan). Instead of immediately claiming their inheritance as originally intended, they wait until Florence’s niece, Meg (Briana Houtman), marries Duncan (Paul Pratt).

Though Steve is deaf and mute, Jack made the mistake of speaking while acting as Steve. The two become close to Meg. Over time, Duncan becomes increasingly suspicious of Max and Steve’s true identities and works with the police in attempts to thwart them.

As Max falls in love with Meg, he alternates because his persona and Leo in order to further impress her because she has strong admiration for the actor. They prepare rehearsing for a rendition of William Shakespeare’s “Twelfth Night” to perform at Meg and Duncan’s wedding.

However, Steve is shocked to see Leo and out of spite, Steve begins changing personas between him and Jack. Tensions further arise as Steve develops a liking for Audrey (Hannah Marshall) who is romantically involved with Butch (Ty Harden), Doc’s son.

As Duncan receives a telegram from the real Max and Steve, he tries to expose the fakes to the household but they refuse to believe Duncan because the family has become so fond of them. With the wedding rapidly approaching, Leo pens a fake letter for Jack, posed as Steve, to dissuade Duncan against finding their true identities. That plan backfires, leading Steve to be kissed by Doc and Butch and storming away from the scene.

While Max and Steve reconvene in the living room, Max are caught half dressed as Leo. Though Meg and Audrey are upset at them, they accept their love. Jack and Audrey officially become a couple as Meg calls off her marriage to instead be with Leo.

Sophomore Colin Walker who played the dual roles of Leo Clark and Max said he felt the audience enjoyed the show more than he had originally thought. While Leo and Jack tried on outfits to look like women, Walker felt his entrance as Cleopatra was the highlight of his performance because “the laughter that entailed was kind of worth it.”

Though Walker said many of his lines were late or not memorized perfectly, the actors’ voices and intonation made up the light atmosphere of the theater. His biggest struggle with crossdressing was maintaining a feminine voice throughout the role.

“I felt that it made me glad I’m a man. It was really great having so much confidence because Maxine… you know she’s right and she knows she’s right and so it’s weird being so confident in such an unruly situation,” Walker said.

“Leading Ladies” was the first production for many of its actors, including junior Briana Houtman who played the female lead as Meg.

“We played it off really well. I love theater and I always have but I never felt that I was good enough so that’s why I didn’t do it,” Houtman said.

Houtman’s favorite scene was when Doc and Butch both kissed Steve in the chaos of a misunderstanding.

“The Sam scene where he’s running around getting chased by all these people who want to do stuff with him… The highlight was definitely that part with Sam,” she said.