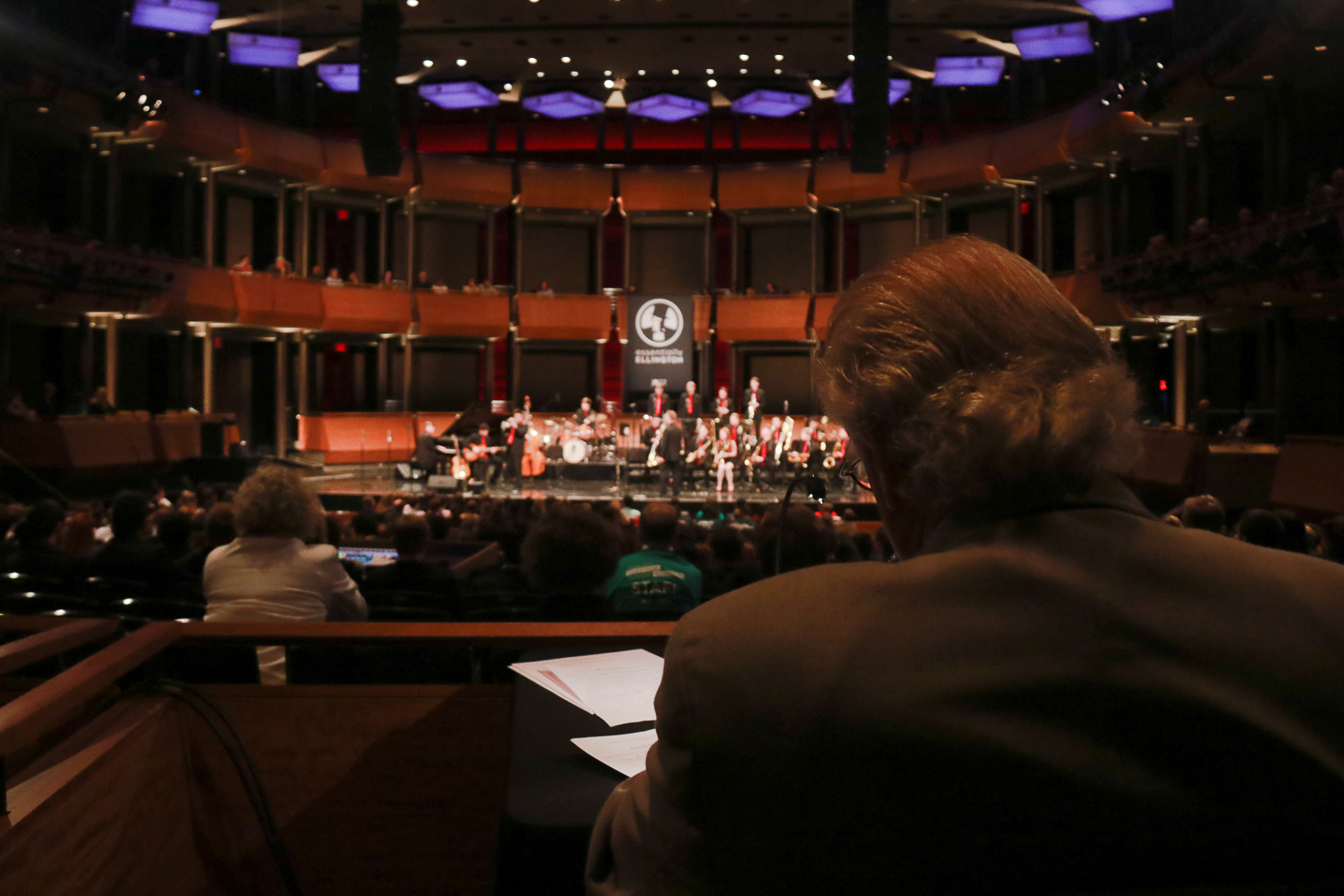 Jazz Ensemble 1 (Jazz 1) continued their journey in New York with their performance on the third and final day of the 22nd annual Essentially Ellington competition. They filled Rose Hall with music in Jazz at Lincoln Center (JLC) around 11:15 (EST) this morning.

In this section of the competition, their performance is assessed by a panel of judges. This year, some of the judges include Wynton Marsalis, Jeff Hamilton and Erica Von Kleist.

Two of the three songs played were chosen from a set list that purely consisted of tunes composed by Duke Ellington; the third chosen by the band was “Such Sweet Thunder.”

Their set continued with “Such Sweet Thunder.” Dylon Rajah opened the tune accompanied by the rhythm section. The pep section consisting of Andrew Sumabat on trombone, Finn O’Hea on trumpet, and Nathan Reeber on trumpet. Other solos included Ethan Pyke on trombone and Andrew Sumabat again on tenor saxophone.

The third and final song, “Stay On It” was a fast and exciting bebop tune. Rio Neri began the tune again with a piano solo, accompanied by the rest of the rhythm section. Andrew Sumabat had solos on both trombone and trumpet. Caden Hargrave closed the song with a solo on alto sax.

Band director Darin Faul said he was proud of the band’s performance and the progress they’ve made to get to this festival.

“Not a lot rushes through my mind while I was up there, I almost feel like a caretaker up there. I just count off the tunes and make sure everyone feels comfortable,” he said.

Results of the top three placing bands are determined and announced at 4:00 p.m. EST today.