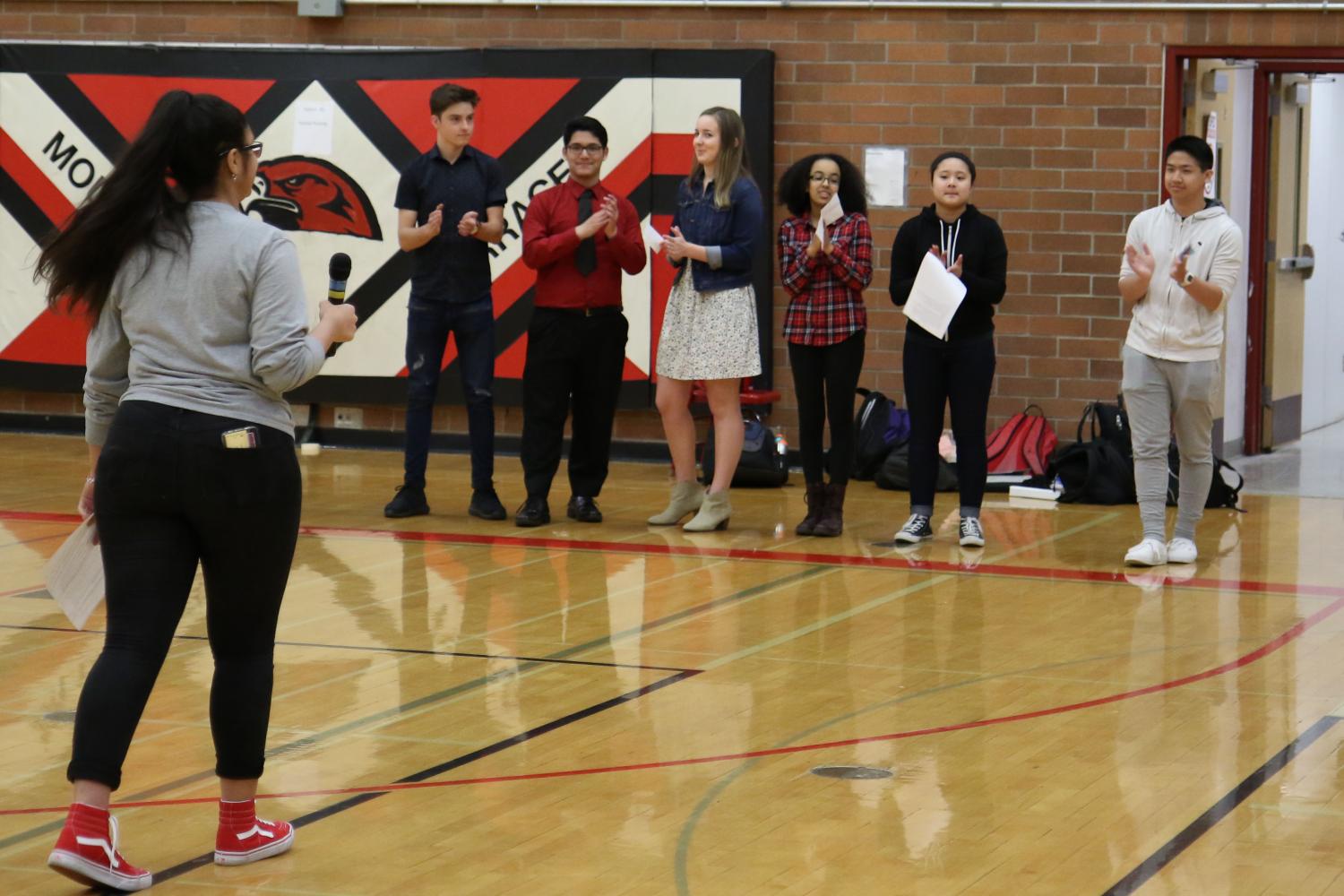 Future junior ASB candidates wait to give their speeches.

Elections for Associated Student Body (ASB) class officers for the next school year were held on Wednesday, May 3rd during PASS. Sophomore and senior election results were determined later that day, but junior class elections were held again on Thursday, May 4th during PASS due to a voting error that allowed students to vote multiple times.

Last month, the Executive ASB, better known as the Big Six, members were also elected for the following school year. The Big Six is made up of junior Brianna Houtman as president, junior Rosie Lee as vice president, junior Samantha Garcia-Perez as secretary, sophomore Andy Shaw as the public relations officer and sophomore Kennedy Cooper as historian.

However, no student ran for the sixth executive position as treasurer. The position is currently on hold and the candidate will be elected during the next school year.