Breakdowns cause inconvenience to injured students and staff; elevator updates requested since 2015 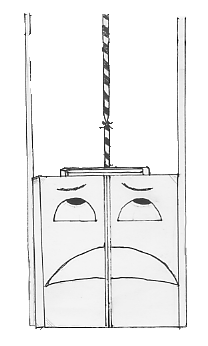 In the state of Washington, the regulation of elevators is moderated by the Department of Labor and Industries (LNI). LNI set forth a code of standards for every elevator that is installed in the state.

If an elevator does not meet these standards, the elevator may be closed until it is updated and the building owner may receive a fine.

When the MTHS elevator was last inspected on September 14, there were seven corrections requested by the inspector. The school was given until December 14 to make these corrections with the threat of “substantial penalties required by law” and the removal of the elevator from service. As of April, these corrections have not been made, according to the report on LNI’s website.

Corrections requested included making the emergency lights in the elevator operational, making sure the door operation was up to standard, adjusting the force that the door closes so that it’s  up to standard, increasing maintenance intervals, removing oil soaked pads from the elevator pit, repairing the oil leak and making sure the working pressure was legibly marked on the power unit assembly.

One of the concerns found, lack of access to machine space, was a repeat of a correction requested in 2015.

Throughout the 2017 school year, the elevator has faced many problems. Maintenance workers had to be called to the school twice in September because the doors would not open.

Many students were frustrated by this, including sophomore Emma Holbrook, who had a broken foot at the beginning of the school year. When faced with not being able to get down to the first floor, the school offered her one solution: hop.

“They [administration] told me to hop. Two teachers would help me up and down the stairs every period — one making sure I didn’t fall, the other carrying my scooter that I used,” Holbrook said.

The Americans with Disabilities Act, implemented in 1990, requires all public buildings with multiple stories to provide a working elevator for people who are unable to effectively walk up and down stairs.

“I asked them if there was anything else we could do and they told me that I could walk outside the school and go entirely around the outside of the school and enter through the HUB to get to the [first] floor,” Holbrook recalled.

Even more frustrating for students who need the elevator is the seeming lack of priority.

This school year, many public works projects have been granted to MTHS including painting sports sheds, replacing the vending machines and fixing the garage door in the auxiliary gym.

ESD’s website describes public works as “all work, construction, alteration, repair or improvement that is executed at the cost of the state or any other local public agency.”

Another notable project that has been ongoing this year is the repainting of the school. All classroom walls were painted white, door frames and railings black.

“[Administrators] told me they were fixing it, but wouldn’t do any major repairs since it would cost around $50,000,” Holbrook said. “They said they were pushing their luck and hoping it wouldn’t break down for good.”

Assistant Principal Peter Schurke acknowledged that the elevator system has faced problems through the school year but said, “The thing’s still running. I use it on a daily basis now that I’m back on my scooter.”

During the staff vs. seniors softball game in May, 2016, he was hit by a ball in the leg which has led to many complications for him, landing him in a cast once again this year.

“I know it’s broken down a couple of times and the repair folks have been in to fix it; luckily they’ve been able to fix it both times. It had one [maintenance issue] that looked like it was a very serious thing that was going to keep it out of order for days or weeks and then they figured out it wasn’t as bad as it looked,” Schurke said.