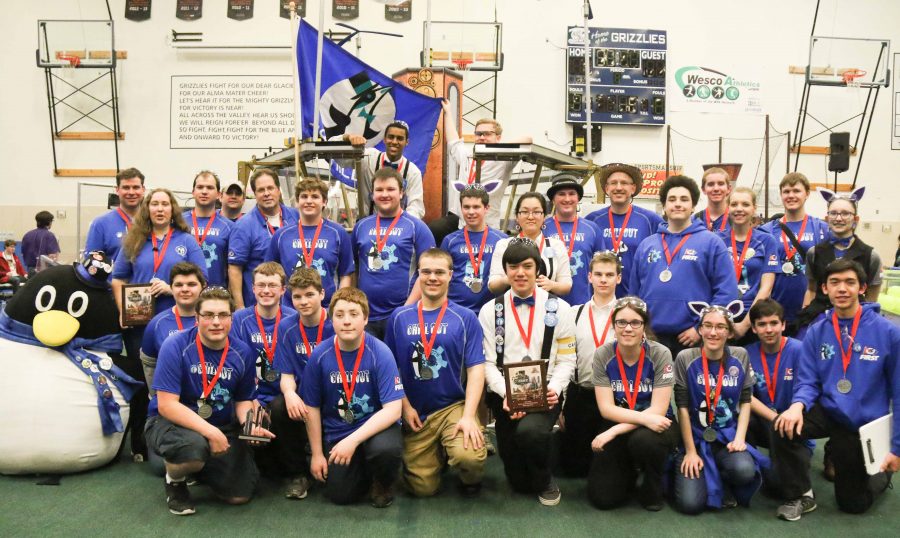 Chill Out beams after they receive the creativity award and set a competition record at the regional competition.

The Robotics team, Chill Out, competed in the FIRST robotics World Championship competition in Houston, Texas last week, from Wednesday to Sunday. In the end, the team placed nine out of 64 teams in their division.

There were 400 teams overall, Robotics President Ian Davidson said, split into six different divisions. Each division was on a different field named after a renowned scientist. Chill Out was on the “Hopper field” named after computer scientist Grace Hopper. The team played 10 matches against unknown schools around the globe, taking ninth overall. Davidson said the members of Chill Out worked hard, especially for their first time qualifying for the World Championship.

“Coming out nine of 64 teams looks pretty good in our eyes,” Davidson said, referring to the team as a whole.

Also, the team members were able to attend workshops and sessions between competition and matches. Davidson said the non-seniors would definitely be able to incorporate vision and tracking of their robot for next year.