Trip to the S-Dome falls short 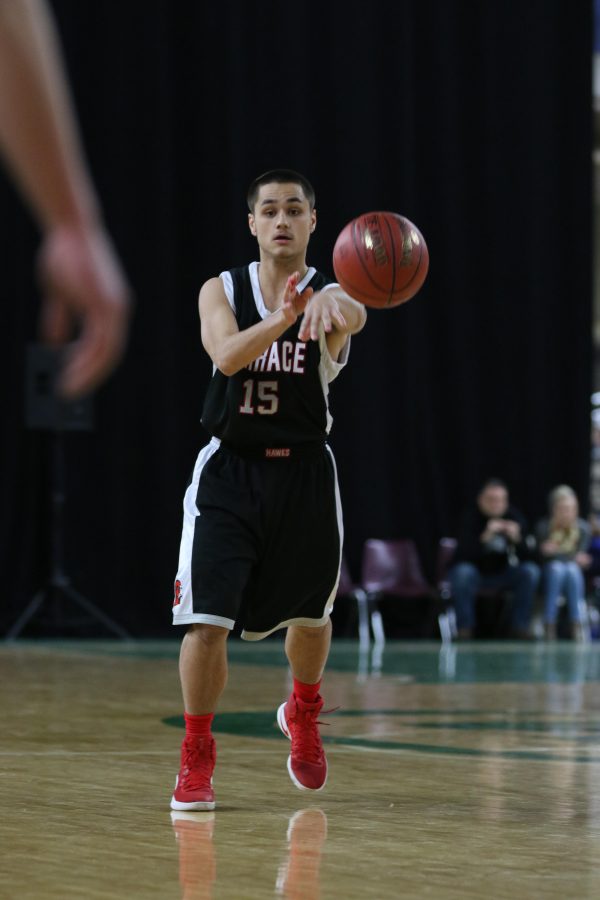 The last time the MTHS men’s basketball team stood inside a Dome for the WIAA Boy’s Basketball State Tournament was 2013. It was the second year in a row they had made it to the Tacoma Dome.

On March 1 the Hawks stepped onto the court at the Yakima SunDome at 9 a.m. and fought against the North Kitsap Vikings in the first round of the State Tournament, a feat the boys hadn’t accomplished in four years. While the Hawks fought a hard battle, it just wasn’t enough and they lost 34-30, ending their season with a 14-11 record.

“We could’ve been a lot better [during Wednesday’s game]. I think we could’ve been sharper mentally, we could’ve been a little more focused,” Boys Basketball Coach Nalin Sood said of the Hawk’s performance during the state tournament. “I give a lot of credit to North Kitsap, how they played defensively, what they did and I give a lot of credit to our kids and what we did defensively. But to be better offensively and handling the basketball you’ve really got to stay on top of your game mentally. Shooting’s mental, handling the basketball is mental, execution is mental. We didn’t do a very good job in those three areas and that’s really what cost us the basketball game.”

In the game the boy’s had the ball overturned a total of 25 times and during the third quarter senior forward Sean Kirk was the only player from Terrace who was able to score, making the only two points the Hawks would receive in that quarter.

Kirk ended the game with 12 points scored, more than any players from either team.

The Hawks entered the playoffs as the number three seed for the WESCO 2A/3A league and went on to win three of their four games. Out of the three games the Hawks won to get to State they beat their opponents by around 17.6 points on average.

Post season, along with the regular season, was an eventful one for the Hawks.

The season looked bleak as the boys lost their first two games of the year. But by January it was clear that the season would be anything but. In their January 17 game against the Shorewood Thunderbirds the Hawks won with a twenty point lead, ending the game 65-45. 23 of the 65 points came from senior forward Brock Davis who led both teams for most points scored.

Even when they lost, the MTHS players tended to individually outscore the players from the other teams.

“Now I know we ended on a low on Wednesday morning against North Kitsap, that is still raw, it still stings a bit,” Sood said. “There is still a feeling of disappointment but I’ve been doing this long enough that I know give it some time and that will pass and we’ll look back at the body of work of a very successful season.”