Transgender rights ‘up in the air’ under Trump administration 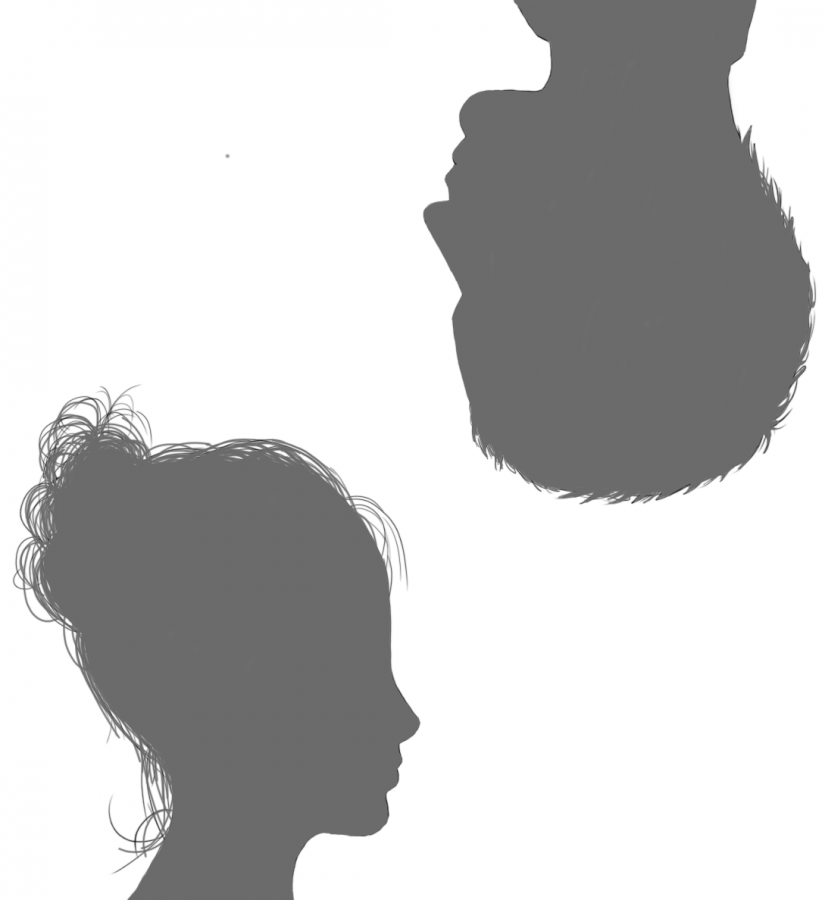 As the United States transitions to leadership underneath a Republican Donald Trump administration, the fate of the rights of many minority groups are up in the air, especially in the face of numerous executive orders, some of which, such as the ban on immigration from seven countries, have been challenged in court.

Among these groups whose rights and protections are in the balance is the transgender community – the T component of LGBTQ+.

At first, there appeared hope that under the new administration, transgender people would continue to enjoy the Obama-era interpretation that Title IX, which prevents institutions and programs that receive federal funding from the Department of Education from discriminating based on sex, would continue to extend to the transgender community. Trump supported transgender people using whichever bathroom that fell in line with their sexual identity in April 2016.

In fact, the Trump White House, on Jan. 31, issued a statement entitled “President Donald J. Trump Will Continue to Enforce Executive Order Protecting the Rights of the LGBTQ Community in the Workplace.”

The release stated that “President Donald J. Trump is determined to protect the rights of all Americans, including the LGBTQ community.” It states the fact that Trump’s nomination acceptance speech was the first ever to contain mention of the LGBTQ+ community.

It then explicitly states that “the executive order signed in 2014, which protects employees from anti-LGBTQ+ workplace discrimination while working for federal contractors, will remain intact at the direction of President Donald J. Trump.”

However, on Feb. 22, Trump’s White House rescinded that order – despite opposition from newly-appointed Secretary of Education Betsy DeVos, uncomfortable with the potentially negative effects that revocation of the order could cause to transgender students, according to the New York Times, reporting from three unnamed Republican sources.

However, Attorney General Jeff Sessions, who has a consistent record of voting against LGBTQ+ rights legislation, especially highlighted in 2006 when he voted for a constitutional ban on same-sex marriage, wanted DeVos to drop her opposition.

According to the Times’ Republican sources, Trump sided with Sessions and “faced with the alternative or resigning or defying the president, agreed to go along [with the signing of the order].”

This comes at a volatile time with regard to transgender rights. The Supreme Court, until March 6, was poised to hear G.G. v. Gloucester County School Board, a case elevated from the Fourth District Court of Appeals regarding Gavin Grimm, a female-to-male transgender student who was barred from using the men’s restroom at his public high school. In a statement rescinding the decision for the Supreme Court to hear the case, the Supreme Court vacated the Fourth District’s decision in favor of Mr. Grimm, sending it back to the lower courts for further review and consideration “in light of the guidance document” issued by the Trump administration.

The rationale for revocation in the letter officially doing so is that the order is ambiguous in its terminology and failed to undergo any formal public process, citing a Texas federal court that referred to the term “sex” as being unambiguously defined as biological sex.

The Trump administration places the onus upon states to decide whether to allow students to use the bathrooms with which they identify. Sean Spicer, White House Press Secretary, said Feb. 21, “This is a states’ rights issue and not one for the federal government.”

The about-face in policy has drawn criticism from transgender activists, including Laverne Cox and Caitlyn Jenner. During the 2016 Grammy Awards show, Cox encouraged viewers to do a google search of Gavin Grimm, with the hope of educating more people on his situation.

“Well @realdonaldtrump,” Jenner tweeted Feb. 23, “from one Republican to another, this is a disaster. You made a promise to protect the LGBTQ community. Call me.” Attached to the tweet was a video expressing optimism towards the future of transgender rights nationwide.

Singer and former America’s Got Talent winner Jackie Evancho, who sang the national anthem at Trump’s inauguration on Jan. 20, expressed her disappointment with the issue on Twitter on Feb. 22, followed four hours later by a request to meet with President Trump regarding transgender rights. Evancho has a transgender sister, Juliet, who is a plaintiff in a Pennsylvania case that resulted in a temporary injunction declaring the ban by a local school district from using the bathrooms they identified with as unconstitutional.

What does this mean for students at MTHS and in Washington?

Furthermore, RCW 28A.642.010 bans discrimination in public schools in Washington based on “race, creed, religion, color, national origin, honorably discharged veteran or military status, sexual orientation including gender expression or identity, the presence of any sensory, mental, or physical disability, or the use of a trained dog guide or service animal by a person with a disability.”

In 2012, the state Office of the Superintendent of Public Instruction, or OSPI, officially adopted this as its interpretation of laws regarding discrimination.

In 8201-R1, ESD lays out certain procedures with regards to transgender students. These include non-disclosure of transgender or gender nonconforming status, use of official District communication of student preferred names and pronouns, use of restrooms consistent with the student’s gender identity and a case-by-case basis of locker room usage.

Additionally, the Washington Interscholastic Activities Association (WIAA), which oversees secondary athletics in Washington state and of which MTHS is a member, has a policy (18.15.10) of allowing students to participate in WIAA-sanctioned activities “in a manner that is consistent with their gender identity, irrespective of the gender listed on a student’s records.”

Despite a newfound lack of federal government support, transgender students in Washington and ESD can feel safe expressing a gender identity other than the one they were born with, ensured and protected by Washington State law and ESD policy.