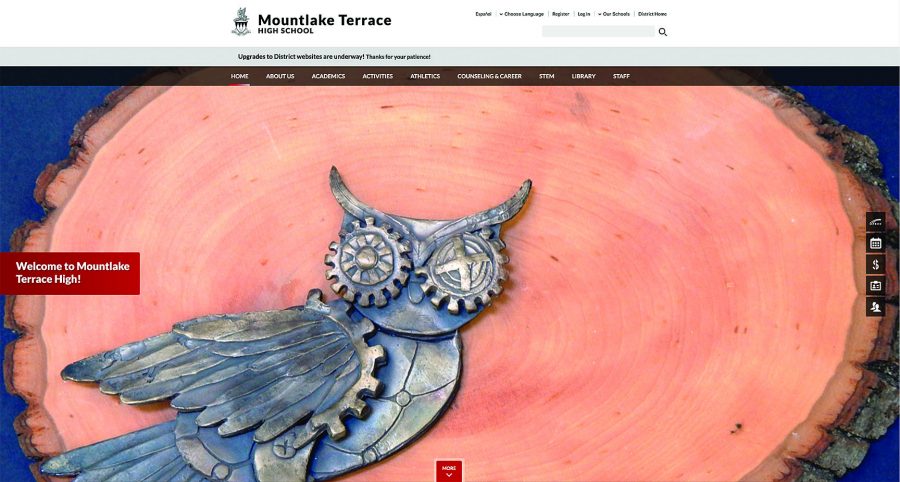 A new template has been introduced to the MTHS website, along with all other ESD-provided sites. The new template includes a new navigation feature along with a more "responsive" system that adjusts to different mobile devices.

The website launched Friday, Jan 27 and the last website that was turned on was the ESD official website on Tuesday, Jan 31. The content management system Schoolwires had been in place since 2009 and since then, ESD was operating using the previous website template. Operations regarding the new design began back in September.

When ESD renewed their contract in 2014, according to ESD Community and Public Relations Specialist Amanda Ralston, a template upgrade and design services were included “because [the district] needed to have a responsive website.”

Ralston explained that the district wanted to still use those resources that were left over from the contract and worked with Blackboard, a system software company, to plan out the design.

The district worked with an in-house designer from Blackboard, who provided a custom template. They also made sure to look at other school districts that have won awards for their website, namely the top five in the nation. After making up initial designs and spreads, Ralston said, she set up focus group meetings with members of the community, ESD staff and students.

The first focus group was set up and those who attended provided proper feedback regarding what they liked about the website template and what they didn’t like. ESD organized eight focus groups in total.
What Ralston said was the most important part of the website is it’s ability to be responsive to different devices. She explained that the district needed a template that could “adjust to different screen sizes and be a bit more interactive” due to the fact that over 30 percent of district and school website users are visiting on their smart phones.

“[The new website is] easier to navigate and work with now,” Ralston said.

Along with adjusting to differing mobile devices, the new website also has a language option, something the previous website lacked. The designer worked with the ESD Diversity, Equity and Outreach program team and the new template has different options for language, currently at 16.

However, the website is not finished yet, with a text bar at the top of each district-produced website reading “Upgrades to District websites are underway! Thanks for your patience!” Ralston said that people have been contacting her with corrections to the website, “small tweaks” as she called. Even still, most feedback she has received regarding the updated website template has been positive, Ralston said.