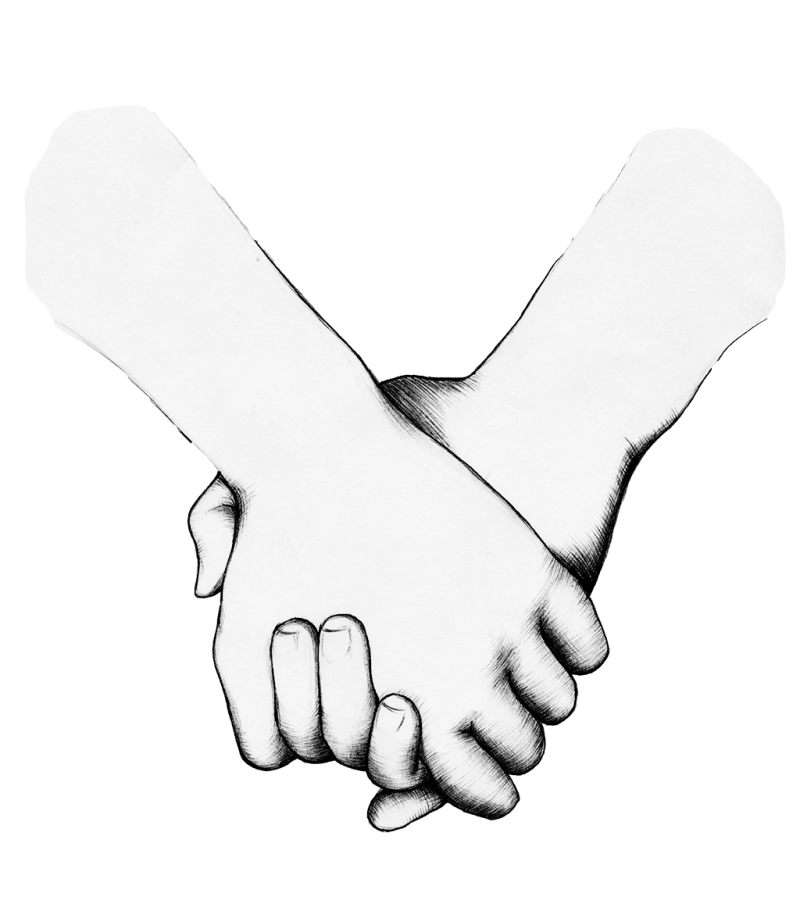 On the morning of Nov. 9, 2016, darkness tempted the sun’s wrath, the murk well-aware of its presence both literally and figuratively. The overcast weather only further enforced a mood of confliction that no one seemed to quite understand how to handle regardless of whose side they stood on.

It took a gif of Bernie Sanders and his wife crying that morning to send me and a few others spiraling into body-racking sobs.

Ruling ourselves too emotionally unfit to pay attention in class, our emotions caught up to us in the moment and a handful of us staggered our way to the counselor’s office, gripping onto each other and losing any preexisting cares to hide our tear-stricken faces from the rest of our peers.

(And maybe, in hindsight, that’s a bit of an exaggeration.) 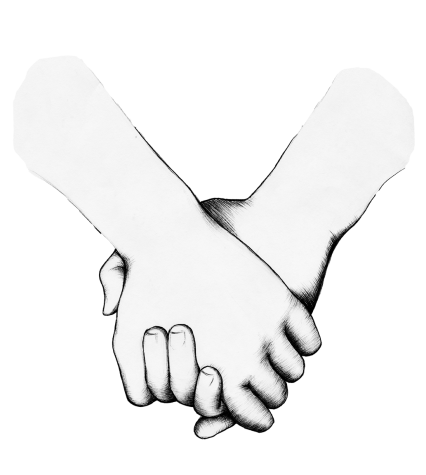 Tessa King
The school day lagged forward, until late afternoon arrived and two students defending the Democratic candidate and two defending the president-elect walked into a room (diametrically opposed foes). Their discourse was civil and was had in efforts to understand, recorded for a podcast episode that would kick off a new current events series. Thirty minutes passed and the two Republicans switched out with a student who stood stoutly as anti-Trump.

The conversations I had with sophomores Mason Pistole, Arthur Roseberry, Teresa Bonilla and Praditha Halstad that day were more poignant and provocative than I had personally expected. Influenced by 10 or so hours of reflection upon the outcome of the presidential election, all parties seemed too drained to yell or fight.

What wasn’t recorded – what could never be recorded, in all its profundity – were the hugs of hope and strengthened friendships that ensued and the candid yet strikingly honest “thank you”s.

Regardless of whether you believe Trump is racist, misogynistic, a bigot, or not, he has perpetuated a culture of hate in a modernizing society that has students afraid to wear their hijabs and/or fearful of walking in the streets because of the color of their skin. His rhetoric has softened fears of repercussions for racist and xenophobic individuals, some of whom are members of white supremacist groups, leading to more vocal messages of hate.

On the flip side, people against Trump are also promoting hatred in their hate against him and his supporters.

Let me be clear: Screaming expletives accompanied with Trump’s name helps neither cause.

Our nation is divided, split in half by differing political views. Whichever side (and in a political race that could be argued to have been a decision between the lesser of two evils, there’s more than two) you ask, they believe that their preferred candidate will make the U.S. better.

That’s one thing we all have in common: our thirst to make

America, the world and ourselves better.

But becoming better can only be accomplished through kindness.

If you’re looking for the benefits of being a nice person other than just general improvement, here’s one: A study done in 2010 conducted by James Fowler of the University of California – San Diego and Nicholas Christakis of Harvard also found that acts of kindness continued to be passed on in social networks.

Fowler also noted that the inherent idea of cooperation within a social network derives from groups with more altruistic qualities being more likely to survive than those who were more selfish.

A second point as to what kindness can do for you is that it’s been found to make people more popular. Researchers in Canada looked at fourth and fifth graders in Vancouver, B.C. and found that kids who were overall more positive also tended to be more popular.

Politics are stressful enough, and whether you decide to shed kindness through a smile, a compliment, donating or more, someone’s day is going to get a little bit sunnier and yours perhaps a little less tense .

An Instagram account called mthsanonymous asks students to send in photos of other people along with a compliment which is later posted to brighten someone’s day. The reasoning behind staying anonymous derives from its founder, who said that the anonymity was “vital.”

“This account is not about me, I chose to start this account to recognize others… Recognition isn’t something I need, but something I [strive] to bring out [to] others,” the creator said.

In terms of why they felt the need to boost positivity: “Kindness is something that has grown to be taboo over the years… If you honestly care about being kind and showing love and compassion to others, that is something so amazing.”

mthsanonymous isn’t the only Instagram account dedicated to spreading the love. It was inspired in part by Glacier Peak High School’s anonymous account (gphsanonymous), which boasts over 1,000 followers and hundreds upon hundreds of student photos and compliments.

Glacier Peak’s account administrators acknowledge the importance of the account deriving from a need to recognize individuals for their uniqueness.

“Kindness is important because everyone has a story, everyone deserves to feel loved,” administrators said.

The impact that mthsanonymous and gphsanonymous have are growing, with each post bringing one more smile to the reader.

On a more tangible and local level, Terrace students recently donated just over three tons of goods to the Concern for Neighbors Food Bank. Food bank volunteers thanked all students for donating during the holiday season, a particular time of need for many.

Humanity is characterized often by feelings and emotions, notably compassion and camaraderie. For so many to help those who aren’t as fortunate as themselves is a blessing in itself and deserves to be recognized.

Whether you decide to smile more, donate again, actually pick up the otherwise forgotten candy wrapper on the stairs, or take the time to listen to your peers and family instead of yelling at them for differing political views, you’re promoting kindness and improving yourself and the Terrace community.

So thanks for being kind, Terrace. But there’s still more to do, because we can always be better.

And with that, I leave you to make someone smile today.