MTHS is an open environment, but could still use some work 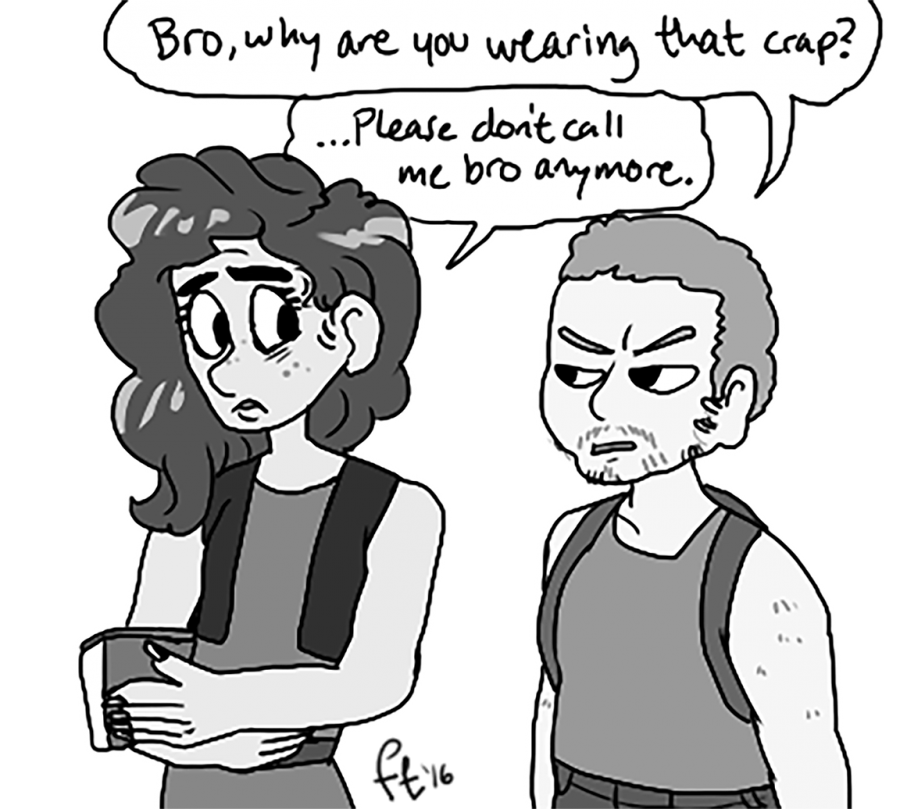 By Cierra Markert and Issa Moffet

You would never want one of your friends to feel unsafe coming to school, so why would you want someone else to feel that way just because they are a little different?

The transgender community is growing larger and larger each day because it is now considered “socially acceptable” to be who you are. However, there are people who view transgender issues as unacceptable. There are also some people who may consider being transgender “disgusting” or “just a phase.”

Sadly, some students at MTHS think like that too. You don’t judge Caitlin Jenner for becoming who she is, so why would you judge the boy who sits next to you in biology or the girl who sits across the room in English?

“Be very aware that we do exist and that we are in the school and we are here,” says Jason Matson, a transgender male here at MTHS.

Being transgender means identifying or “transitioning” to a gender other than the one you were assigned at birth. 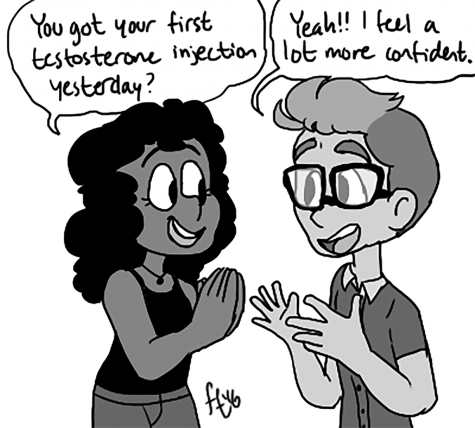 Ryan, a sophomore whose name has been changed to protect his identity, said that his experience at MTHS while being transgender is okay mostly because when someone doesn’t agree with his life choices, they refer to him as “it” or “she” just to try and get a reaction out of him.

Transgender students are being harassed and provoked for a  reaction just because they believe they weren’t born the correct sex. What the students at MTHS need to understand is that they are people just like anyone else.

John, a senior whose name has been changed for protection of identity, doesn’t feel comfortable around everybody at MTHS. He said he feels as if he can only be his true self with his friends and in certain classes Ryan said he won’t correct his teacher by telling them the name he goes by for fear of judgment.

Trans students want people to understand that anyone can be transgender. It isn’t a choice, it’s just who that person is.

The next time you’re making innocent jokes about someone looking like a boy, you should be aware of who your classmates really are.

While being interviewed, emotions were triggered in the sources, showing how sensitive this topic is for them. These individuals just want to be treated as regular students, it’s okay if you notice that they are transgender but that shouldn’t change how you treat them.

When you see someone who is male, it’s considered normal. Similarly, being around a transgender person shouldn’t bother you to the extent at which you can’t associate with that person.

Matson said he wants other transgender kids in the school to know they have people by their side.

For those wanting to come out to their peers, Matson advises that they “should start off slow and make sure [they’ve] already [come] out to [their] parents beforehand.” As Jason Matson says, “You need to ease into it. Let them process everything you told them.”

Matson said he thinks the fact that MTHS allows trans students to use the bathroom of the gender they identify themselves as helps greatly. He sees it as the school supporting transgender students in their choices and it makes him and others feel a lot more comfortable than they otherwise would.

You may be afraid that the boys or girls might look at you funny or may even say something to you in the bathroom or locker rooms, but as Matson described it, nobody really minds. Matson’s comfort with being himself at MTHS means that there’s just one less kid living as someone they aren’t, he said.

An experience many transgender students that the Hawkeye interviewed had in common was the lack of respect some students have shown toward their pronouns and gender identity.

John identifies as a transgender male and said he was once called a “tranny”, “an abomination” and told to “burn in hell.” Some students have refused to acknowledge his wishes and identity and told him that he was faking it. He said he has once even had another student’s’ parent come after him, resulting in him feeling unsafe at school.

On the bright side, he said that the teachers who do know he is out have been supportive. Although, he feels the school as a community could all be more supportive as a whole.

Not feeling safe enough to come to school and dealing with the issues John has dealt with isn’t right.

“I think the school could be more supportive, it’s an active effort for everyone,” John expressed.

So what can we do?

It is important that every student feels safe and like they matter when they come to school. You don’t have to necessarily agree with their choices, but members of the Gay Straight Alliance club at MTHS, especially those who are transgender, ask you to respect those choices.

That can be as simple as using their preferred pronouns. All the people interviewed said they would not be offended if someone asked for their pronouns, as long as it’s done respectfully.

These percentages are quite gut wrenching, but to add on to the physical abuse a transgender youth may face, they have to deal with the ridicule from their peers and sometimes even teachers. Students in the LGBT community, not just trans students, have a 28 percent dropout rate, GLSEN reports.

On average, students will hear 26 anti-LGBT comments in a school day, while a third of these comments may come from a staff member, GLSEN also reported. These challenges, along with many others, lead to the sad fact that more than 50 percent of transgender youths attempt suicide, according to the University of New Hampshire.

As a school and a society, it is our duty to make sure every student, no matter their differences, feels safe and accepted at our school. Because after all, we are all human.

It’s not logical to expect everyone to be kind to one another and respect their life choices, but that doesn’t mean we can’t advocate for it.

The world is hard enough for transgender people, especially youth. Let’s not make it so that they’re too scared to come to school, or even pushed to the point of dropping out.

Thankfully, we do have a safe place at MTHS, but why can’t the whole school be a safe place, a place where people are free to be who they are without judgement or criticism?

If you are questioning your gender, sexuality, or even if you just have questions or would like to support your fellow students, the Gay Straight Alliance (GSA) club would love to see you at the weekly meetings.

The GSA meets from 2-3 p.m. on Mondays and Fridays in room 226, Ms. Widrig-Hodges’ room. Everyone should go to the meetings at least once this year, including teachers. We urge everyone to take the time to get to know students with differences.