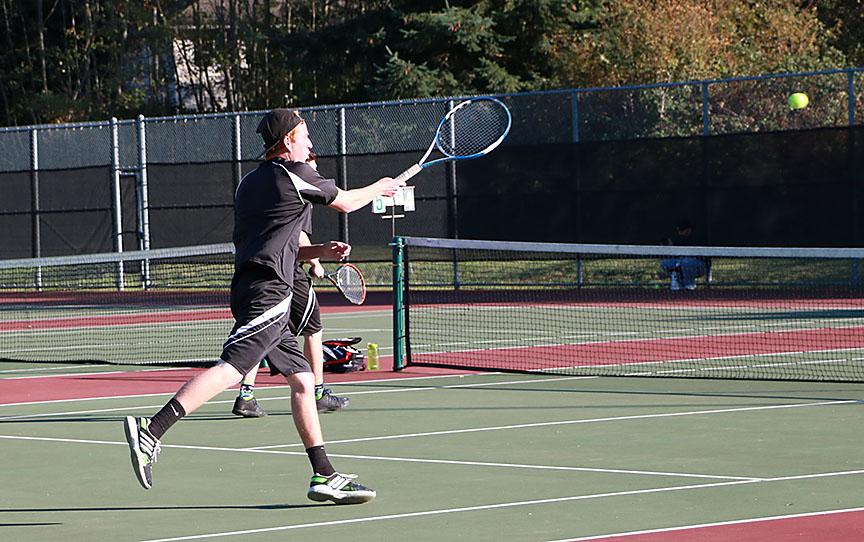 Max Leidig following through after a well hit ball.

The Hawks lost a close men’s tennis match against the Shorecrest Scots Tuesday, Oct. 12, with a score of 3-4.

Co-Captain Jeremy Ansdell had an outstanding match with scores of 6-0 and 6-1.

The two doubles teams also scored well. One team, Drake Day and Trevor Swanson, scored 6-2 and 6-1. The other doubles team with Adam Lorraine and Max Leidig also picked up wins with scores of 6-4 and 6-3.

Despite the well fought games by the Hawks, they just fell short of a team win with a neck to neck game played by Morgan Subert and Owen Jones with scores of 2-6, 7-6 and 6-7.

Closing out the season with a hard fought match, the Hawks go into districts Monday Oct. 17 in 3rd place for WesCo South behind Shorewood and Shorecrest.