Welcome to the Chromebook One-to-One Initiative

In 2014, Chromebooks surpassed iPads in sales for classrooms. Now, a 1:1 policy for high school students and Chromebooks has just started with the help of funding from the Foundation for Edmonds School District. The program successfully integrated with the Alderwood, Brier Terrace, College Place and Meadowdale middle schools in the district last year.

All students are required to have a Chromebook as stated by the one-to-one technology initiative. Other local districts, including the Marysville and Lake Stevens school districts have already pushed the initiative in place.

By the end of this school year, the Lake Stevens School District plans for students in grades 3-12 to have their own Chromebooks to use both at home and at school. Students in the Marysville School District produced a documentary about the plan, with teachers and faculty who were interviewed speaking in favor of the move to integrate technology into classrooms. 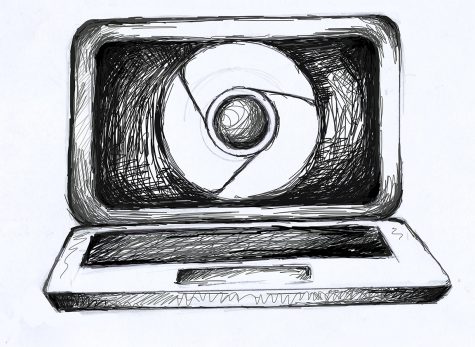 Chromebooks are definitely beneficial to the district. They come much cheaper than Windows laptops or MacBooks, starting at just $149. Google for Education’s website praised the devices as lowering the total ownership cost by 61 percent as compared to a PC.

The machines come with virus protection pre-installed, can boot up in less than 10 seconds and update automatically. Their efficiency makes them easier to use and manage and contributes to reducing ownership costs.

Printing from Chromebooks is possible but can be difficult. On the other hand, the ability to share files through Google Drive helps to avoid this issue and also saves paper and ink.

There are 16 free gigabytes on the machine itself. But through Google Drive, storage is unlimited since the district uses Google Apps for Education, a web-based productivity suite.

Giving all students the same device in turn creates a baseline for technology in classrooms. Students who were without easily accessible technology at home are now able to finish assignments by using their Chromebooks.

However, Chromebooks run on a Google Chrome-based operating system (Chrome OS), which differ from the systems of Windows or Macs mainly due to its dependence on the internet. While Windows/OSX can download applications like Microsoft Word or audio programs like Audacity, Chromebooks are unable to. Chromebooks also tend to lag despite minimal instruction.

But the Chrome Web Store is severely limited, with students only able to download about 200 new apps from the list pre-approved by the district compared to the thousands available of apps in the Web Store. There are several apps in the store that have not been approved by the district but would be beneficial to students, including My Study Life, a virtual planner; Forest, an app that employs the Pomodoro technique for studying by blocking certain websites for a set period of time; or Trello, a list making extension.

Many Chrome “apps” are also simply shortcuts to web-based versions of apps.