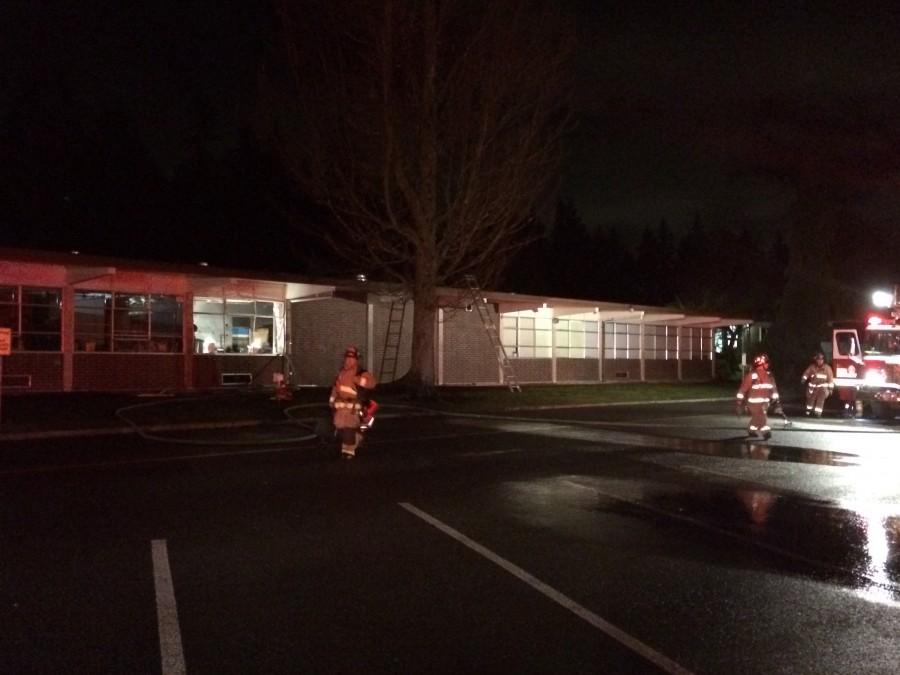 Firefighters continue to survey Madrona K-8 after putting out the fire.

School has been canceled tomorrow at Madrona K-8 for all students after small fire broke out in the staff lounge at around 8 p.m.

After the firefighters arrived on-scene the fire was put out in about 15 minutes, according to Leslie Hynes, the Public Information Officer for Fire District One.

The firefighters entered through the staff lounge’s window and then through the main door once they could get it open. About a dozen fire vehicles came to the site along with 40 firefighters from Lynnwood, Shoreline and Snohomish Fire District One. This massive response was called in just in case the small fire got out of control.

The fire was contained inside the staff lounge, which is in the first of the three main buildings and is located between the main office and elementary class rooms. The main concern is that there was smoke damage to the rest of the building and classrooms according to Debbie Jakala, Community Relations Manager for the Edmonds School District (ESD).

At this time the fire department is unsure of the cause of the fire. No one was in the vicinity when the fire broke out and no one was injured.