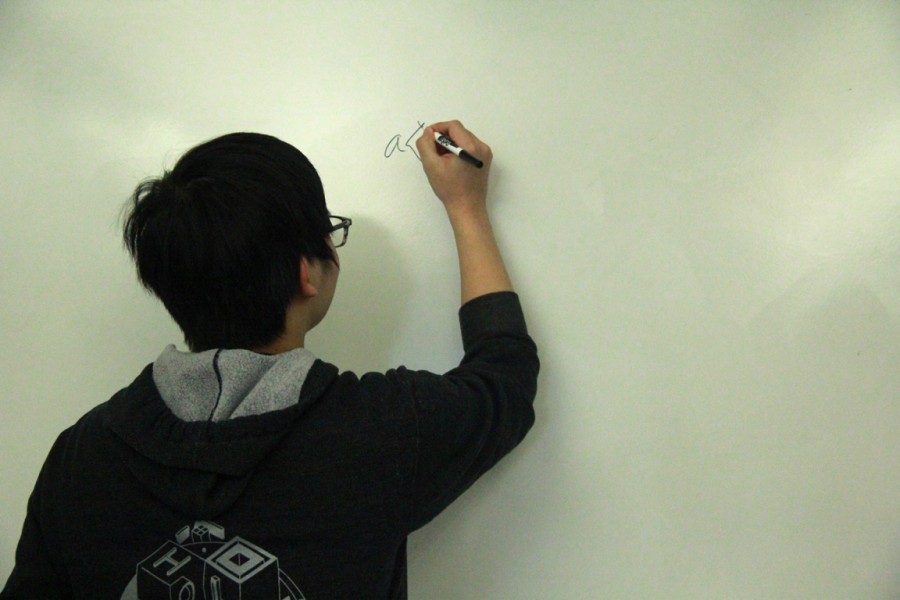 During the meeting, members practice math equations out of a pamphlet from the American Mathematics Competition (AMC), an organization dedicated to “strengthening the mathematical capabilities of [the U.S.] youth,” according to its website. The AMC pamphlet holds a number of math problems, in which students answer them and send their scores back to the AMC. After which, depending on their scores, students may qualify and compete in the national AMC competition.

The meetings also consist of students discussing and explaining the “number theory,” a branch of mathematics focused on the study of integers.

Math Club began in October, when president and junior Jordan Hsu noticed there was a lack of academic-based clubs at MTHS, but Hsu knows there are math clubs at other schools. Hsu said he wanted to “spread the love of math throughout the school.”

Originally, when the club first began, attendance had been heavier but recently, due to students being more busy, less have showed.

Hsu said the club is currently trying to increase membership and have more competitions.

He also said he wants to help other students understand the importance of math because it’s too commonly “hated and misunderstood.”

“If we can let people understand why math is important and why it’s beautiful, that’s our goal,” he said.

Along with that, he said he likes math because it describes the universe and is “the purest science there is. There’s no bias and that’s what makes math beautiful.”