Chess Club starts up at MTHS 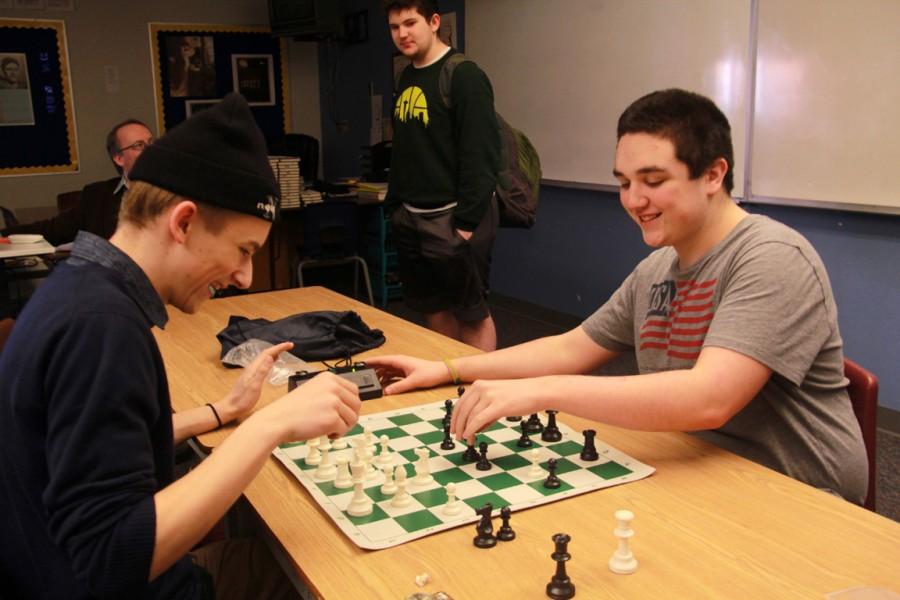 The green numbers from the chess clock ticks away as Chess Club president and senior Tyler Grabarczyk sets up the board.

According to Reichle, the club began in January, after him and Grabarczyk discussed creating after noticing MTHS was lacking.

Grabarczyk has been playing chess since he was in kindergarten, he said, but it was “on and off” until recently, when he discovered his grandfather’s glass chess set. Grabarczyk’s grandfather left it to him after he passed away.

When he first got back into chess, Grabarczyk said he wasn’t very good and would “make a lot of poor moves,” but as time has gone on, his skill level has improved.

Grabarczyk said he wins almost 80 percent of the chess matches he plays and purposely gives himself less time, about 5 minutes per match compared to the regular 15 minutes.

During a match with sophomore Samuel Bowman, there was little time spent during his “moves” and, even with one minute set originally on the clock he still had about 25 seconds left.

During the club meetings, members play against one another, testing their skill level and enjoying the game of chess.

When the club first started up, principal Greg Schwab would step in during meetings and play matches, often against Grabarczyk. Most of the time, Schwab lost.

He advises that diagonals are “[a chess player’s] best friend” and to pay attention to orthodox angles.

Anyone is free to join, Grabarczyk said and can stop by Reichle’s room during one of the meetings to play a match against either Grabarczyk or another team member.