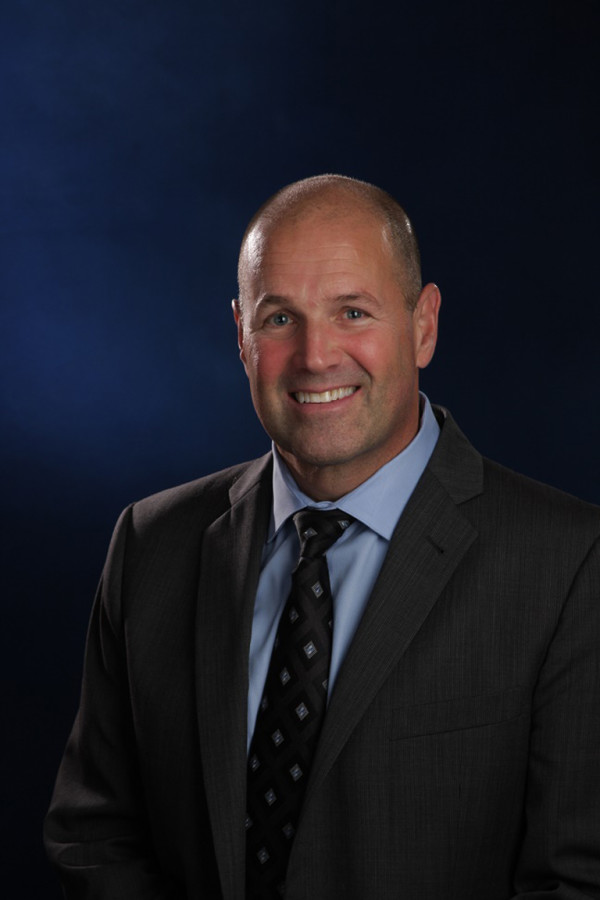 After working as the Edmonds School District Superintendent for the past 12 years, Nick Brossoit has announced he will retire in July or Aug., 2016.

His retirement will go into effect on either July 1 or August 1 2016, depending on who the board hires to replace him.

“There’s a transition, and hopefully [my replacement] will come in and spend some time this spring after they are hired, but they don’t officially start until July 1,” Brossoit said. “The quicker they get up to speed, the more it leans toward the July 1 date.”

He said that if the replacement is not able to be here early on to undergo the transition, he will stay around to be available to support the transition in a way that helps his replacement and the school district. Brossoit also said he would assist in finding a replacement if needed.

“I have shared with the board that I am happy to help if asked, but I don’t want to intrude or try to insert myself in the process. I don’t think that’s appropriate,” Brossoit said.

Brossoit also said that the ESD projects that have began during his term will surely continue after he is replaced. The ESD School Board and community will keep up the projects’ “positive momentum.”

“I believe that the system itself will expect whoever comes in to maintain that positive momentum. So I think there’s 20,000 students and nearly 4,000 employees and thousands of parents and other people who will help keep the system pointed in the right direction,” Brossoit said.

At the ESD School Board meeting on Tuesday, members of the board decided that it would be preferable to use a third party consultant to seek out a new superintendent. Board member Ann McMurray said that using a consultant “allows for a healthy distance.”

President Diana White said she and District 2 Director Susan Phillips would do the preliminary research to decide on a consultant.

The board plans to research more companies and narrow down their options. Then they will invite the primary consultant candidates, including McPherson & Jacobson LLC, Northwest Leadership Associates and possibly one other company will present to the board on Jan. 14 between 6 and 9 p.m. Based on the presentations, the board will decide which one to use.

In his email to ESD staff, Brossoit said his decision to retire would better honor and support his family interests. He has two stepchildren, ages eight and nine, and he said he would like to be able to volunteer and coach some of their sports and activities, as well as just have more time to do things with his family.

“Being the superintendent requires a lot of late night meetings, sometimes five nights a week, so I can imagine it’s pretty demanding for a young family. I can understand his desire to move on and explore options with more time. I understand the need to do something different,” White said.

White, who has worked with Brossoit for four years as a member of the school board, said that he is always easily accessible and gives perspective to projects.

“He’s also a really good person to bounce ideas off of or if you need an opinion on which direction to go with a problem, he’s just good at giving some vision to your ideas,” she said.

Prior to his time as the ESD Superintendent, he was the Superintendent of the Tumwater School District from 1994 to 2004, according to his biography on the ESD website. He started out in public education 32 years ago as a teacher and coach.

“I like the work. I feel like it’s meaningful, valuable. I just feel like I made a contribution and I’m ready to do something different with my life. I’m eligible to retire so I’m going to look at different opportunities in the future,” Brossoit said.

Brossoit got involved in public education because he believes fundamentally that it gives students the knowledge and skills they will need to be successful in life.

“Whatever situation you are born into, getting a good education is your vehicle to move forward and to do positive things with your life. It’s the key to your future. It’s huge,” he said. “Those are all clichés that you hear people say, right? But if you didn’t have the knowledge and skills of what you learned in school, you really can’t change your life. If you have a good education, you can do anything that you want in life.”

Brossoit said that he was born into a “home situation that got kind of bumpy” but after teachers and coaches reached out to him, he realized the value of doing well in school and used his education to change his future.

“I wasn’t a victim of my past because of public education. So I’ve always felt very strongly of its value and it’s never been hard to work in it,” Brossoit said. “My reason, the purpose, the meaning of public education has always been the same, which is making a positive difference in the lives of young people.”

White said that she sees Brossoit make a positive difference in students’ lives in a number of ways, such as through motivational speeches and other speaking engagements when requested, as well as through the decisions he makes for the district.

“Big picture level, he’s always kept what’s best for the students first and foremost in his decisions. He’s not swayed by what the adults want in the room, but what’s best for kids,” White said.

Brossoit has also been the president of the Network for Excellence in Washington Schools (NEWS) since it was launched in October 2005, according to his biography on the ESD website.

According to the NEWS website, this organization was formed because it became apparent that the state needed to be forced to put more funding to education. NEWS filed a lawsuit against the State of Washington on behalf of two families and won at the Washington State Supreme Court in 2012, a case commonly known as McCleary v. State.

The ESD was among the 11 original members of NEWS, with Brossoit in the lead. White said Brossoit has had a big presence in the organization statewide, speaking at different events throughout the push for funding education.

“He advocates for getting funding where it’s supposed to be on a statewide level,” she said. “He’s really good at explaining school funding and breaking it down.”

During his career as superintendent, Brossoit said that hundreds of different people have influenced him, whether or not they realized it.

“I listen to everybody. A person’s position or their status in the eyes of the world doesn’t really mean that much to me. I look at every person as having value and every person as being able to teach me something and has wisdom,” Brossoit said.

In his retirement, Brossoit wants to continue to make a positive difference in the world in some other way.

“I don’t have a specific job or career [in mind]. I’ve always felt that a life of meaning and purpose was being able to make a positive contribution that helps people in some way, and there’s so many different ways of doing that that it’s pretty open,” Brossoit said. “So it’s not just about making money, it’s more about helping people, doing something in a service capacity that would help other people.”