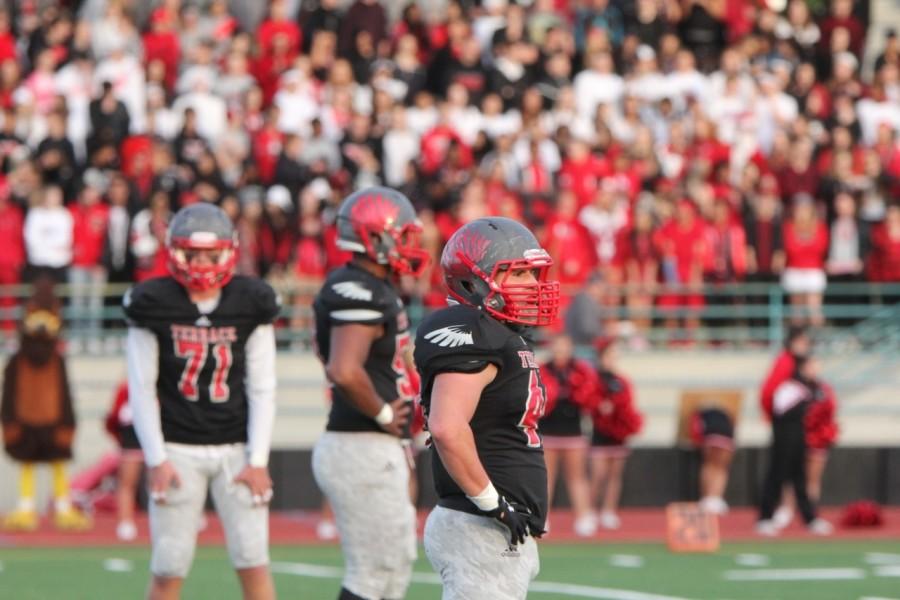 The Chargers and Hawks met on the Edmonds Stadium gridiron for both team’s crossover game. The Hawks failed to get anything rolling on offense and succumbed to defeat at the hands of the Marysville-Getchell Chargers

The Hawks had a dismal start to the game on both sides of the ball. In the first quarter, the Hawks had 0 first downs. In fact, it wasn’t until the second quarter with the efforts of Morrin, who had an explosive game, that the Hawks would pick up their first first down. Defensively, the Chargers were able to mix up running and passing schemes, keeping the Hawks defense on their feet.

The Hawks, midway through the second quarter, had a chance to change the momentum of the game but blew the opportunity when they fumbled on the 1-yard line and gave the ball back to the Chargers.

The Hawks went into halftime scoreless, trailing the Chargers 0-17.

Coming out of the locker room, the Hawk’s defense sharpened up keeping the Chargers at 17 for most of the third quarter. The offense still looked as stagnant as ever until senior running back Jordan Bishop cut towards the right side of the field, breaking four tackles along the way to a 68 yard touchdown run and finally putting some points on the board. The Hawks were still down 17-6 after a failed two-point conversion.

Within a minute of game time, the Chargers bounced back and responded with a touchdown of their own, making the game 24-6.

The rest of the game was more of the same as the Chargers milked the clock and just as well, the Hawks comeback chances dissipated. The Hawks went on to lose 31-14 for what would be the last game of the season for the 2015-2016 Mountlake Terrrace Hawks football team.