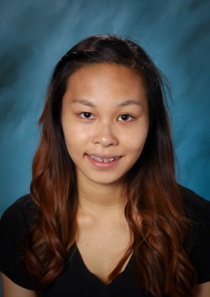 Junior Kandra Tan’s death, caused by a gunshot wound to the abdomen, was classified as a homicide by the Snohomish County Medical Examiner Office on Friday.

Later that same day, the second person found dead in Tan’s Lynnwood home was identified as Liheang Ho, a 33-year-old Everett residing male. His cause of death was also by gunshot wound to the abdomen and the manner of death was suicide, the medical examiner said.

Tan and Ho were found dead in Tan’s Lynnwood home at approximately 3 p.m. on Thursday. The bodies were discovered by a family member and both appeared to have gunshot wounds, officials said.

A death investigation is currently being conducted by the Snohomish County Sheriff’s Office and they have recovered the weapon, a gun.

She said that Ho did not live in the house and was known to Tan’s family.

The Snohomish County Sheriff’s Office is currently looking into motives and for any additional suspects or crimes involved.

Principal Greg Schwab sent out a letter to students and families including Tan’s name on Friday. The letter also provided information on support services for MTHS students.

In the letter, he stated that counseling is available to students and “additional counseling support [was provided] at school today for both staff and students who were affected by [Tan’s] death.”

An all-staff meeting was held that morning before first period began, instructing teachers on the situation and stating that, while students may discuss it throughout the day, teachers should avoid giving details until the family had communicated with school officials.

Schwab said MTHS administration spent a majority of the day trying to contact Tan’s family in order to provide support and receive permission to release her name to students and families.

He also said MTHS staff is currently trying to “put together resources for help within the community,” for students and staff who may need support outside of school.

Schwab called the situation a “tragic loss” for MTHS.

“[Tan] is remembered fondly by both staff and students as a warm and friendly young woman,” he stated in the letter.