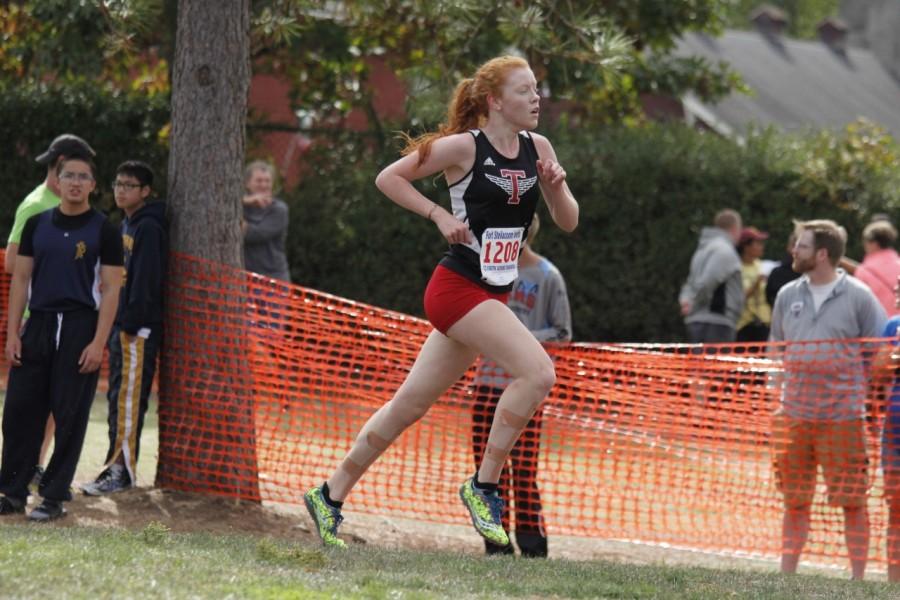 Head coach Todd Weber took 10 cross-country runners, six women and four men, to compete at the nationally held Stanford Invitational against three other Washington schools and 170 teams total from around the country.

The pool of teams that met at Stanford, California were no joke.

“Of those 36 teams, there were, I believe, eight to ten elite teams. I believe there were also 12 regionally ranked teams and all of the best teams in California were there, so it was a pretty elite field,” Weber said.

The women’s cross-country team finished at the 21 spot out of the 36 total elite teams. Out of the total 170 teams, the women’s team placed 29 in a timed five kilometer dash.

“I think this was a confidence booster. [The women’s cross country team] knew that they could run and compete at that level. They were able to hold their own,” Weber said. “But I also think that this served as a reminder that they have to keep working hard and that there are always teams out there that are better than you, so you have to outwork them. We walked away with a lot of confidence but we know we still have a lot of work to do.”

Now that the teams are midway through the season, all eyes look toward the state competition. Weber and the teams are focused on staying consistent as well as healthy.

“They’re closing the gap but they still have work to do,” Weber said. “If the [women’s cross country team] wants to win state, they have to close that gap. The girls are all savvy experienced runners so they know what to eat and what not to do, but my job is to remind them to take ice baths once a week to relieve their bodies.”

Finishing second in state last year, the team is determined to get back to the tournament and take the crown as number one.

“If everything is good, no one is sick, and they’re healthy at the start line, I would put my money on them to walk away with the trophy,” Weber said.

“[Men’s cross country captains] Nick Leidig and Braiden Sims really showed the future of our [men’s cross country team]. They really competed out there [at the Stanford Invitational],” Weber said. “We also have a great group of freshmen and sophomores. Sometimes the guys get lost in the girls’ success, but the reality is that [the men’s team] is going to be very good next year and Leidig and Sims are going to be the ones leading the way.”