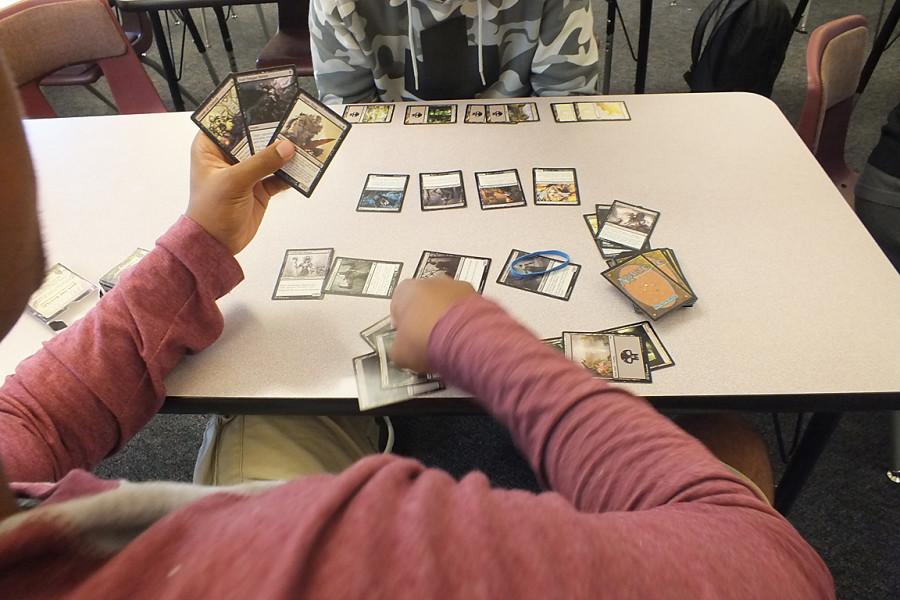 The club is planning to meet in room 213, history teacher David Brophy’s classroom, every Monday from 2-3 p.m. The only requirement to join the club is an ASB card.

“Don’t be afraid to just come out and check it out once in awhile,” An said.

According to An, they were inspired to start the club after they attended the Penny Arcade Expo (PAX), a prolific gaming convention hosted annually in Seattle, and began playing the Pokemon trading card game.

“We collaborated and helped make [the club]… basically, it’s just a way to have fun with playing card games,” said An.

He also said the club helps to break down social barriers between students, describing how the “jocks” of the school may not be expected to play with trading cards, but they actually do to some students’ surprise.
TCG club is currently focusing on the trading card games Yu-Gi-Oh, Magic: The Gathering and Pokemon, but other card games are also welcome. An noted that if the club gets bigger, other games, such as Cards Against Humanity, may be played.