New varsity football head coach Dougan: ‘excited for this challenge and this opportunity’ 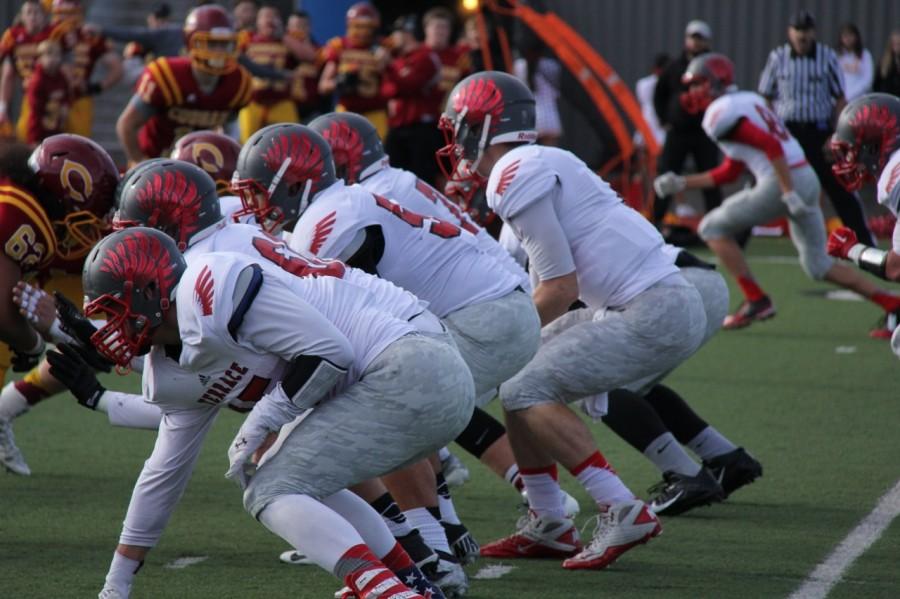 After the Hawks made history last year with a 8-4 record and a playoff berth, the Mountlake Terrace community was shocked by the news of resignation from head coach Tony Umayum.

“I am really excited for this challenge and this opportunity,” Dougan said. “This is something that I’ve wanted for a while.”

The Hawks in the last three years have found the greatest success in school history with records all above .500 and playoff berths, the most recent season being the most successful. Coach Dougan said he plans to not only maintain the success, but to build on it.

Dougan said that he plans to maintain the culture of being physically and mentally tough that Umayum implemented. In addition to that, he plans to bolster the current offseason regimen, increase student involvement in the program, add more coaches, and emphasize student-athlete academics through the implementation of mandatory study tables, 2-3 days a week for an hour each.

The successful group of players that were able to achieve such success last year was comprised of mostly seniors – 22 of the 45 players on the roster were seniors.

“We lost a lot of impactful seniors like Ryan [LaCasse], Malcolm [Johnson], Billy [Parkins], the Hopkins brothers [Josh Hopkins and Justin Hopkins],” Dougan said. “Those are big shoes to fill. We just need to get the sophomores and juniors to step up.”

Going into next season, Dougan knows that it’s going to be tough but is prepared for the road ahead.

“[It’s all about] the little things,” Dougan said. “For me as a head coach, I have to [first] surround myself with a bunch of good assistant coaches. We need to have mental focus and communication so that they know what our expectations are. The mentality that I have is that we’re teaching life skills through football. It’s really the whole package.”