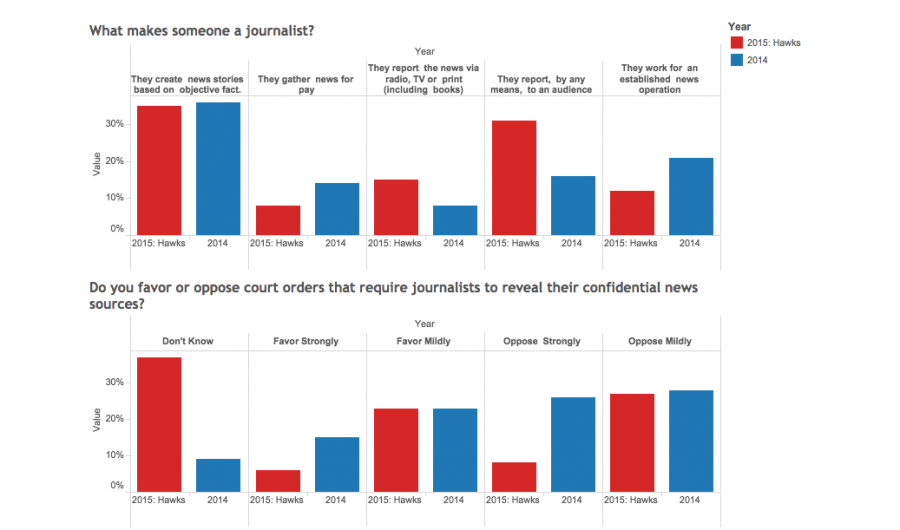 By Isaac Otis and Paxtyn Merten

The First Amendment guarantees five freedoms to the people of the United States: freedom of and from religion, and the rights to free speech, press, assembly and petition.

Do students at MTHS actually know as much as one might think about the First Amendment? 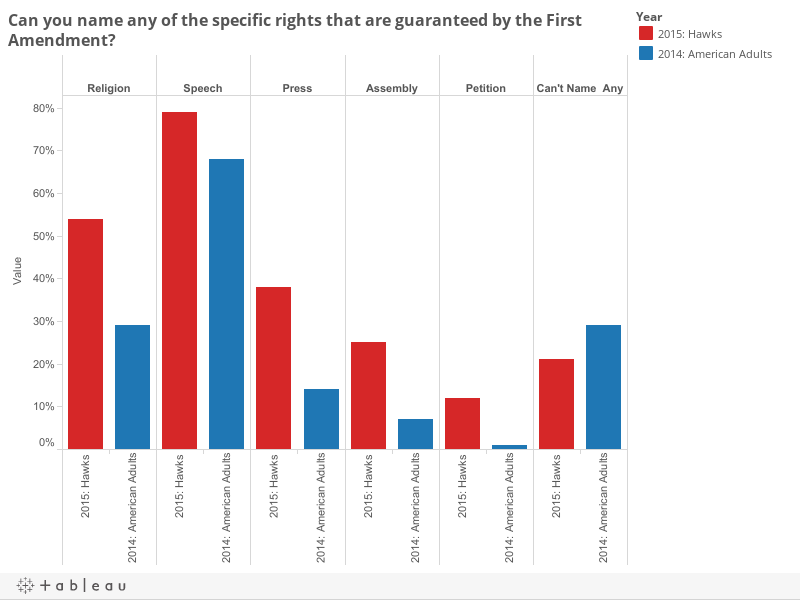 Compared to the Freedom Forum’s survey in which 68 percent of people could cite freedom of speech, 79 percent of MTHS students could accurately name the same freedom. An even greater gap appears between Hawks’ and national respondents’ knowledge of the freedom of religion, at 54 and 29 percent, respectively.

The Bill of Rights – including the First Amendment – was added to the constitution in part to ensure that citizens could express their dissatisfaction with the government and keep public officials in check, especially through the press.

This mentality has persisted throughout the history of the United States and remains important to students today. Although just 14 percent of adults surveyed could name the freedom of press, MTHS survey respondents more than doubled that at 38 percent.

While religion, press and speech might be more recognizable to the general public, the right to assemble and petition the government are equally important.

While one fourth of MTHS students were able to identify the right to assemble, it may seem shocking that just 7 percent of people surveyed by the Freedom Forum were also able to do so.

The freedom to petition the government was the First Amendment right that the fewest number of respondents could name. The Hawkeye’s survey revealed that 12 percent of MTHS students were able to recall the right to petition, compared to a mere 1 percent of respondents from the Freedom Forum survey.

The Hawkeye also used questions similar to those of another student survey regarding the First Amendment administered by the Knight Foundation, an organization whose goal is to “preserve the best aspects of journalism and use innovation to expand the impact of information in the digital age.”

Although some may believe that the First Amendment goes too far in the rights it guarantees, this is not true for a majority of MTHS students or a majority of adults and students throughout the country.

The surveys revealed that 74 percent of MTHS students and 53 percent of students nationwide believe that the First Amendment does not go too far. The Freedom Forum asked a similar question, in which 67 percent of adults didn’t think so, either.