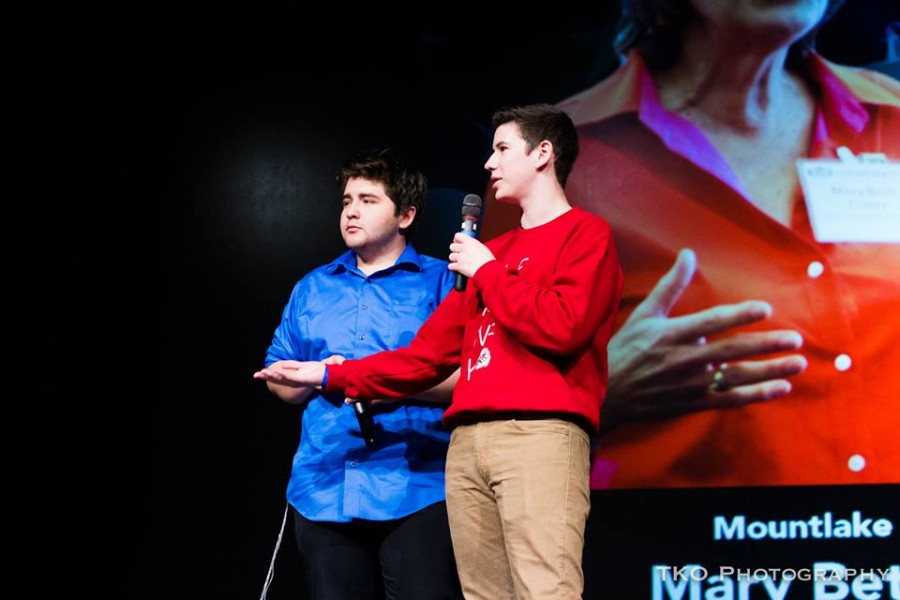 Hawkeye Editor-in-Chief Nick Fiorillo learned Thursday that the Washington Journalism Education Association has named him the 2015 Washington state Journalist of the Year.

Fiorillo said that he believed the largest contributing factor to becoming WJEA Journalist of the Year was the variety of journalistic work he has done.

He has produced journalistic work in a wide variety of mediums, including writing for print and the website, video work, photography and social media.

“I think the main thing is I had a lot to show in a wide variety of areas. As journalists today are required to branch out and do many different types of work journalistically, I think I reflected that in my portfolio… I think the wholistic body of my journalistic work helped to be the number one factor,” Fiorillo said.

Fiorillo has served as the Editor-in-Chief of the Hawkeye for the past two years.

The first year under Fiorillo’s leadership saw the transformation of the Hawkeye’s newspaper to a newsmagazine and online focus.

“During the year I became Editor-in-Chief, we decided to change from our traditional black-and-white broadsheet newspaper to a real emphasis on the website and online journalism, using social media and other platforms to better serve our community. And, with that, we switched to a feature-based newsmagazine,” Fiorillo said.

According to Fiorillo, he believes that this also had a big impact on being selected as the WJEA Journalist of the Year.

When he heard the news on Thursday, Fiorillo was in Washington D.C. participating in the United States Senate Youth Program.

In between dinner on the rooftop at the Kennedy Center and listening to the National Symphony, Fiorillo got a call from the Hawkeye adviser Vince DeMiero, telling him that he had won the WJEA Journalist of the Year award.

“I was absolutely thrilled. It was really great to get recognition for the work I’ve been doing. It’s a wonderful title to have and I was just really honored to hear that I was chosen out all the fantastic, incredibly talented student journalists in our state,” he said.

Fiorillo credits DeMiero for helping him significantly with the difficult WJEA Journalist of the Year application process by “offering a great amount of guidance and support along the way.”

Along with being a scholarship application, working on his portfolio for WJEA Journalist of the Year proved to be an effective reflection of all the opportunities Fiorillo has had and all he has accomplished as a member of the Hawkeye staff.

Other awards and honors that Fiorillo has won include the 2014 Al Neuharth Free Spirit Scholarship, the 2015 United States Senate Youth Program, National Scholastic Press Association Story of the Year in News Story and Multimedia Feature Story, and several awards in Journalism Education Association National Write-Off Competitions. For a complete list, see his website, which served as his portfolio for the scholarship.