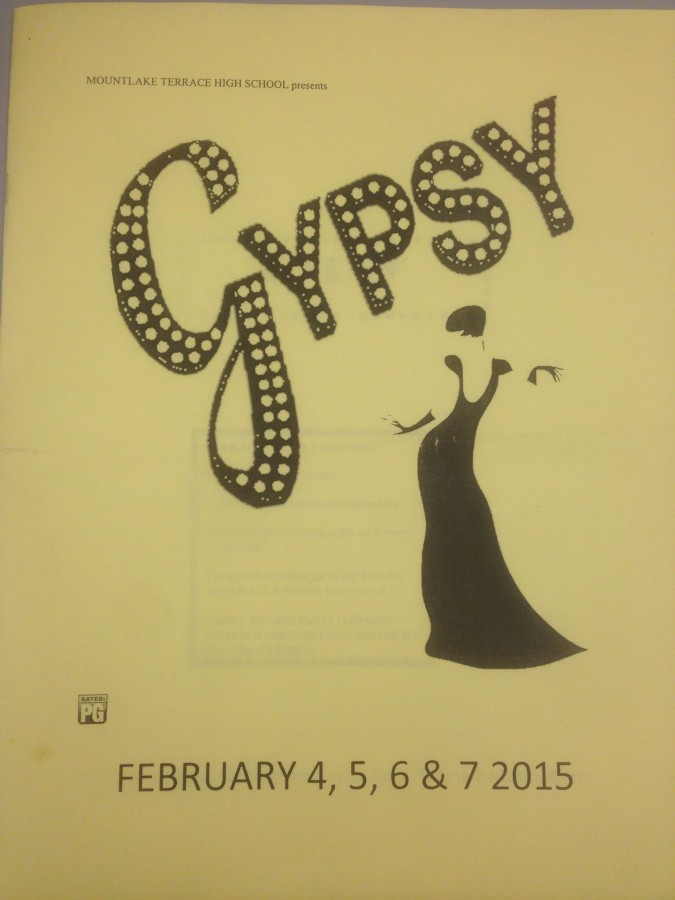 From the lights, the singing, the band and the acting, any large musical such as “Gypsy” is quite a sight to see. The drama department put on quite a show from Wednesday, Feb. 4 to Saturday, Feb. 7 in the MTHS theatre at 7 p.m. each night. The play involved an array of different skills such as tap dancing, music and quick costume changes, which contributed to the dynamic nature of the play.

“It’s so much harder [than a regular play], it’s a lot more complex, and the acting may not be as complex, but you have a lot more elements in here that can go wrong,” senior Danielle Hirano, acting as Louise, said.

Luckily, not a lot went amiss. Even with some slip ups, the performance was felt to be solid overall.

“Nothing went exponentially wrong, I thought it was a really solid performance all around,” senior Kyle Henderson, playing Herbie said.

The show started off with live music from the orchestra, which consisted of chamber winds and others, and led into the start of the play.

Performing a near three hour musical for four straight nights is no small feat, especially for a high school theatrical department. However, drama department director Jeannie Brzovic said she had no doubt in mind that her kids could pull it off.

“The thing about this show is [that] it’s not a high school level show, [it’s] way over most high schools’ ability,” Brzovic said.

The musical consisted of two acts covering the real life story of Rose and her two daughters, Louise and June. The first act starts off a little slow, but the story picks up progressively as relationships crumble and form.

“It’s really a juicy relationship show, [you have] almost dysfunctional relationships that are going on and so that makes it more interesting to direct and work with actors,”Brzovic said.

The play starts with Rose, who is hellbent on getting her two daughters into show business, but from a young age it is seen that Dainty June (played by senior Emily Davidson) is clearly more talented and naturally better on stage than her sister Louise.

They end up doing the same show when they were kids over and over again, until they become much older. The transition from young to old is cleverly marked by way of strobelight.

The story continues and soon Herbie and Rose become infatuated, but Rose is determined on not marrying a fourth husband. Meanwhile June becomes more of a star and is offered the chance to be one, but only if her mother and sister aren’t part of it.

June ends up running off with Tulsa (a boy from their previous act, played by senior Matthew Sythandone) to get married and pursue their own act together. Rose is infuriated, but wants to continue her dream of making her daughter a star, so she goes against Herbie and Louise’s wants of being a family to now pursue making Louise a star.

The second act begins with Louise trying to be the new lead for their old act, but failing to do so. They end up accidentally booking at a burlesque venue as a place to stay. Louise gets to know the girls there, with them introducing themselves in song using things such as a light up suit, golden wings, and a trumpet. Louise becomes interested and then grows to like the craft of burlesque dancing.

At first, Rose is fiercely opposed to staying at a burlesque house, but seeing the opportunity for it to make her daughter famous, she accepts to letting Louise perform. Herbie is outrage she would let her daughter do such a thing, and walks out before they could ever be married.

Louise adopts the stage name Gypsy Rose Lee and quickly gains fame being an ecdysiast (a striptease performer). A comical and quick fourth wall break happens here, when the crowd is asked if they know what an ecdysiast is, to which no response is made. Then the conductor being referred to throughout the show (choir director T.J. Sullivan) is asked the same, and consequently pokes his head up with a somewhat disturbing smile, bringing out laughs from the crowd.

Louise continues to take a stand for herself and carves out her own life, making Rose feel more and more left out, leading to the final song where Rose expresses her want to be the star for once, asking “When is it my turn?” Rose and Louise then come back together and end the show with their reconciliation and a long warm hug.

Save a few technical faults, the play turned out great. It differs from night to night depending on the crowd, but overall always results in good performances.

“It actually went by really smoothly, everyone was hitting their cues, [and the] singing was good,” junior Sage Cameron, playing Georgie and Cigar said.

There were standout performances to be had, such as Rose’s part, who is played magnificently by senior Midori Brown, who did a superb job portraying the mother figure of the story, and Hirano to take on the role of the always changing Louise.

With a hefty musical done, drama’s next production is a comedy improv night scheduled to come out in April.