Hawks bounce back from tough loss with statement victory over rival, Royals 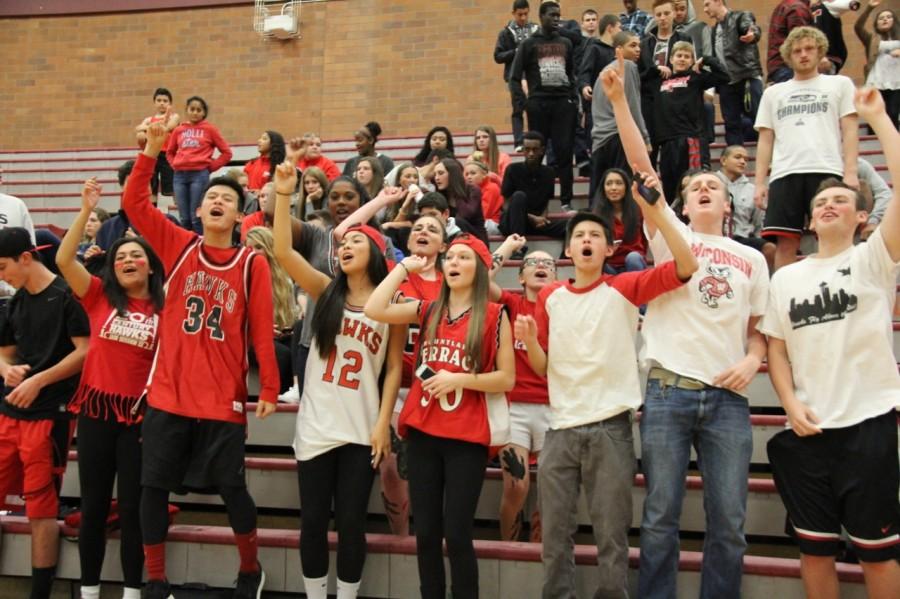 Coming out with lots of energy and through pure hustle and smart offensive execution, the Hawks were able to win convincingly over the visiting Royals, 66-42 on Saturday night.

The Hawks played a back-to-back hosting the Marysville-Pilchuck Tomahawks on Friday night, and then the rival Lynnwood Royals on Saturday night. On Friday night, the Hawks suffered a tough loss to the hands of the Tomahawks, and coming into the game against the Royals, they were looking to bounce back.

“Our mindset was revenge, to come at it,” junior guard Gabe Powter said. “To go as hard as we possibly can. We’re tired of losing and we don’t plan on losing anymore.”

Not only were the Hawks motivated because of the tough loss the previous night, but also because they were playing their rival, the Royals.

“It’s always been rival time against them,” Powter said. “Frankly, we’re better, and we did that tonight.”

The Hawks started out the game with a fast paced offensive game, but the Royals were right behind them. The first quarter ended with the Hawks up 14-12.

After taking that lead in the first quarter, the Hawks led the rest of the game and went on to ruin the Royals’ by a pretty big margin.

Junior forward and co-captain Derek Anyimah said, “We cut down on the turnovers, shot the ball really well, and our defense was really good. We held them under our goal of 53 points.”

Anyimah had a huge double-double and was the leading scorer of this game with 20 points, 16 in first half, and 11 rebounds, and was named the Red Onion Burgers and Sound Live Sports player of the game.

The story of this game was that even though the Hawks are said to be undersized compared to past teams, they outrebounded the Royals by a big margin and had two players, Anyimah and LaCasse, in double figures in rebounds with 11 boards apiece.

“In the end, quickness always beats size,” Powter said, “You can look at it in the college, even in the NBA. People are underestimating us, and we are going to come out with a bang this season.”

Anyimah, who he himself had chipped in 11 rebounds, agreed with Powter.

So far this season, the juniors on this team have come up very big. Junior wing Gabe Altenberger thus far is leading the team with a scoring average of 18 points through three games. Anyimah isn’t far behind as he is averaging 17 points per game. Powter, although averaging only about 3 points a game, is making big contributions in the little things that won’t show up in the stats by being the orchestrator of the offense and playing hard-nosed defense.

Powter said, “[I have to] be the most aggressive player on defense, make sure everyone is on the same tune, and just get it done out there.”

The Hawks are now back above .500 with a record of 2-1. Their next game will be at home against the Roosevelt Roughriders on Wednesday at 7:15 pm.