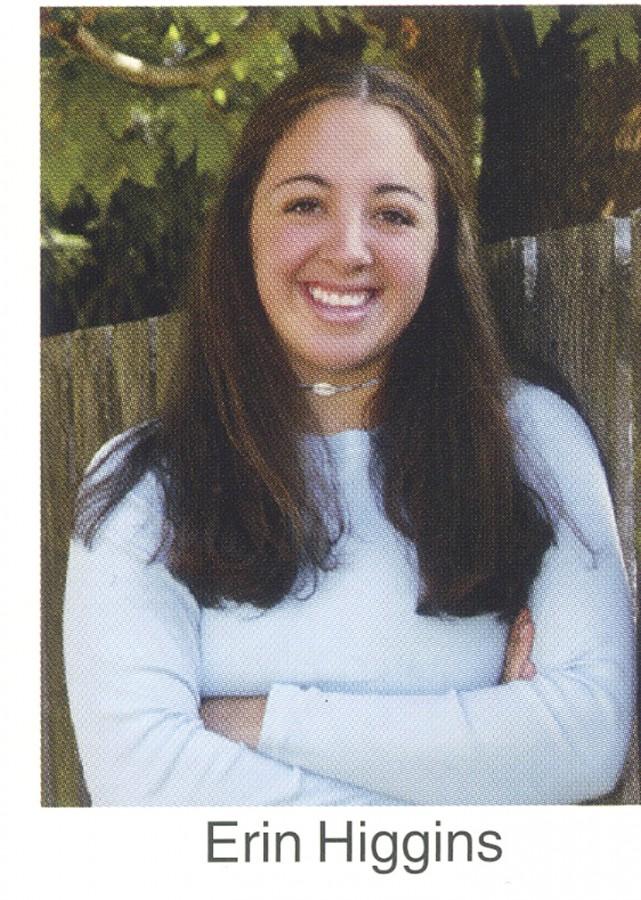 In “The Book of the Courtier,” Baldassare Castiglione describes the ideal courtier to be athletic, have knowledge of the fine arts and humanities, and have a warrior spirit. The guidelines he set eventually became what is known as the “Renaissance Man.”

Unfortunately, it has been quite some time since we’ve seen the last true “Renaissance Man.”

Or so you thought.

Graduating with the MTHS class of 2004, Erin Higgins went to the University of Washington where she double majored in Microbiology and Spanish. She moved across the country to get her M.D. from the New York Medical School. Now, she is in her second year of Obstetrics and Gynecology (OB/GYN) residency at the Georgetown University medical center in Washington, D.C.

She was raised in Mountlake Terrace where her mother, Karen Higgins, was a teacher at Brier Terrace Middle School and constantly encouraged her to succeed in school.

“My mother, being a teacher, definitely pushed me to do well in school. I think a lot of her skills in organization and attention to detail rubbed off on me,” Higgins said.

Throughout middle school, Higgins sought to pursue a career in the field of medicine.

“In middle school, I became really interested in math and science, which helped lead me towards the medical field,” Higgins said. “One of the biggest turning points I remember was when I was signing up for my freshman year classes. I wanted to do Marching Band, but because of the requirement conflictions with that and my athletics, I had to change my schedule shortly before the school year started,” Higgins said.

“I had never taken chemistry before. It just clicked with me. I became really interested in it, and everything went on from there,” Higgins said.

“She was very hardworking and incredibly ambitious. I think what set her apart from most students is that she didn’t treat assignments as something that just needed to be done. She treated them as though they were opportunities to learn,” said Traxler.

After maintaining a 4.0 GPA through all four years of high school, Higgins moved on to one of the highest ranked medical programs in the country, the University of Washington.

“Going in, I knew I would eventually do some sort of graduate school. However, I wasn’t sure if I wanted to get my PhD, my masters, or attend medical school,” Higgins said.

During college, Higgins volunteered at a medical lab where she was able to get firsthand experience with the field.

With her career path clear now, Higgins moved 2,421 miles across the country to attend the New York Medical School.

Shortly afterwards, she applied for residency in the field of obstetrics and gynecology, commonly known as OB/GYN.

“I chose OB/GYN because I’ve always had an interest in women’s health, from delivering babies to preventative care,” said Higgins.

Higgins used a multi-step process and an algorithm called “Match” that “spit out matches for residency programs. I was matched with the Georgetown Washington Hospital Center.”

After finishing her four years of medical school and receiving her M.D., Erin moved to Washington, D.C. where she is currently in her second year of residency at the Georgetown University medical center.

“My day to day job is working at the hospital and working on labor and delivery,” Higgins said.

Higgins performs about five to seven procedures a week on average. However, she can at times be responsible for performing up to five to six C-section surgeries or regular birth deliveries in a single shift.

She also speaks Spanish, using her major to give her an advantage at the hospital.

“It was something that I had always done in high school and I’ve always really enjoyed it,” said Higgins. “It was one of the smartest decisions I’ve ever made. Now I’m able to meet with patients and have our whole encounter in Spanish. It makes it easier for me and the patient,” Higgins said.

While in high school, she was a well-respected athlete. She lettered in soccer and golf, sports she continues to play leisurely. This balance of work and academics has kept her stay focused all these years.

Higgins said that her journey through the medical field hasn’t been all work. Higgins has moved to new places, met new people and seen new things.

“It’s not just study, study, study all the Instagram has been another activity that allows Higgins to get away from the business of her life. She currently has nearly 182,000 followers.

“I got into it about two years ago, just for fun. I’ve always been interested in photography as a hobby, and Instagram was a fun and easy way to do photography in my daily life,” Higgins said.

Her follower count erupted when she was selected on to Instagram’s Suggested Users List.

“The most important thing to me is the connections and friends I’ve made and the opportunities I’ve had because of Instagram,” she said.

This tool has helped Higgins explore the local community and land her a behind-the-scenes visit at the White House.

Furthermore, Higgins has connected with many people that are also talented, ingenious, and are motivated.

“You’re in school with some of the smartest people on campus. They’re all very competitive and driven. It’s easy to get intimidated by their talent,” Higgins said.

Despite this, Higgins stresses that you can’t compare yourself to others and you must keep on going. “It’s doable. If you’re that passionate about it, then you will make it happen,” Higgins said.

“She posses the academic prowess of a 4.0 student, and skills such as being bilingual, a photographer, and a varsity athlete,” Traxler said. If any modern-day person resembles Castiglione’s vision of the “Renaissance Man,” it’s Higgins.