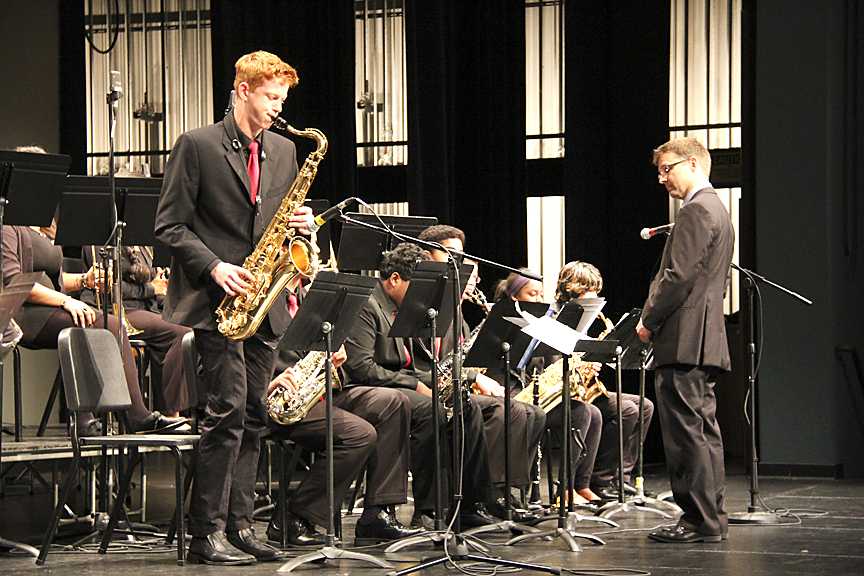 On Saturday, Oct, MTHS hosted its 24th annual Jazz Symposium. This all-day event involved the participation of twelve schools from the Edmonds School district. The students ranged from seventh to twelfth grade.

Each band that attended performed as a whole to an audience consisting of parents, supportive students, and adjudicators. After their performances they were escorted to a room where they received a forty-minute clinic from a band official. During the clinics they worked on technique, style, and interpretation of the written rhythm.

Throughout the day, multiple students performed in small groups called combos for Michael Stagner, a judge who provided them with a short on site clinic.

The event also featured a performance from Whitworth College Jazz Ensemble, who previously made a guest appearance at Jazz Night on Thursday, Oct. 23.