It’s time to recognize other religions in America 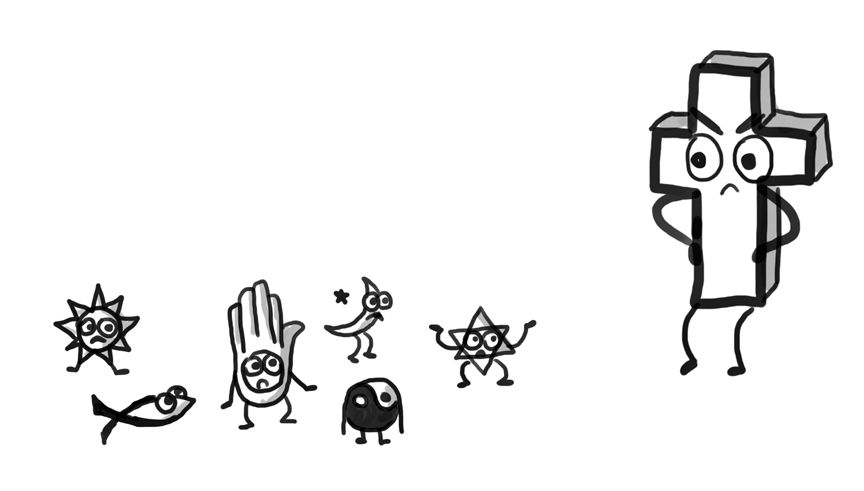 In the United States, Christianity is the most popular religion by far. With 78.4 percent of Americans being Christian, it is the leading religion in our country.

I find this astounding. There are hundreds of other religions and yet Christianity is practiced by over half of our country.

Commercials, websites and billboards are used for advertising the Christian faith. Youth groups use camps and fun activities to bring teenagers in. These youth groups are wonderful places that can offer the teenager opportunities. Other times the teens just go for the fun games or camps.

In some cases they read the Bible and claim that they are Christian, but then don’t abide by the guidelines of Christianity.

I understand that we are all human and we all make mistakes, but once you’ve broken the rules the god you believe in has set for you, you can’t call yourself a devout Christian.

I grew up in a small town. This town had public schools like any other, and I attended one from first to third grade. After seeing some behavior my mom didn’t approve of she, wanted to put me in a private school. The only one in the town was Queen of Angels private Catholic school.

However, we didn’t have the money to attend it, so I was sponsored and supported by the church. All we had to do was attend church every Sunday and take on a portion of the payment and I could go to the school.

Eventually, the priest told us we needed to fill out a donation envelope every Sunday, because otherwise he wouldn’t know if we actually attended or not.

At the time I was attending the school I was getting old enough to start questioning the things they taught us. Why doesn’t god approve of gay people if he supposedly made all of us? Was the Bible written by god or by his disciples?

Yes, I know he went through telling them what to write in spirit, but I couldn’t believe it.

My young mind was greatly confused. I was scared to believe anything besides what I was taught. If god really did exist then I would go to hell, and I didn’t want that.

So, even though I didn’t like it, I kept practicing Catholicism and then Christianity in fear of believing otherwise.

Years later, after going through an extremely difficult time in my life I started researching Buddhism. It gave me a new perspective on how to think of things and it helped me get out of the black hole I felt was swallowing me.

It gave me freedom; I didn’t have rules that I didn’t agree with and had to follow like I did with Christianity. I loved the fact that Buddhism helped me to better myself and still does to this day. I am not Buddhist per say, but I do participate in Buddhist practices.

“Believe nothing. No matter where you read it, or who said it. No matter if I have said it. Unless it agrees with your own reason and your own common sense.” – Buddha

I’m not here to try and convert you to Buddhism or to turn you against the Christian faith.

I’m here to let you know you have options.

If you want to find your true worth and quality then maybe Baha’i is the religion for you.

If you’re strongly against violence then maybe Jainism is more for you.

You’ll never know until you branch out and try.