From Red Robin to the Hollywood Tavern 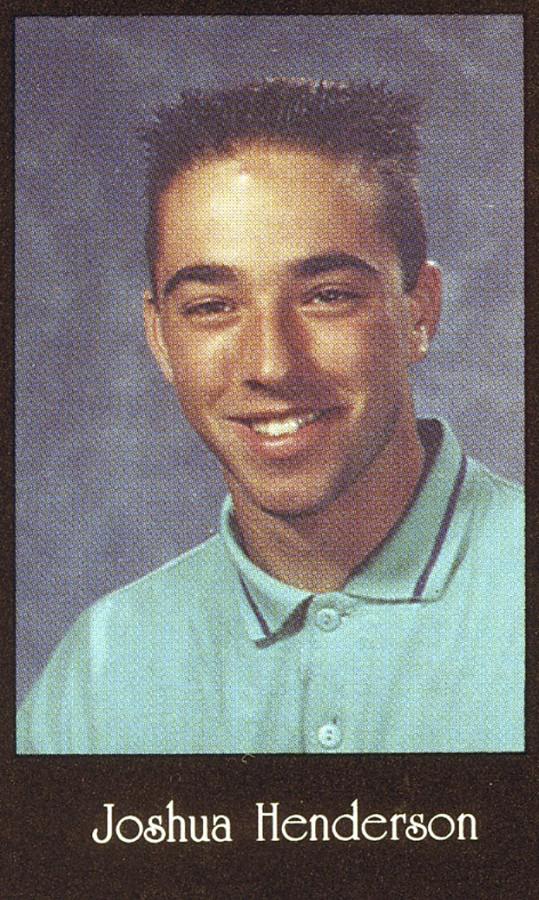 Josh Henderson today looks quite a bit different than when he was a senior at MTHS, in 1990. Today, Henderson is a chef and restaurateur.

Since he graduated with the class of 1990, MTHS alumnus Josh Henderson has been living out his dream in Seattle as a restaurateur.

He created Skillet in 2007, a chain of street food spots composed of three restaurants, two food trucks, a catering company and a line of food products. Out of this came his first publication, “The Skillet Cookbook – A Street Food Manifesto.” Skillet Group’s food products are sold nationwide, specifically its Bacon Jam spread.

Henderson says that for now all of his restaurants are in Seattle, but he hopes to soon expand to a broader range of locations.

As a restaurateur, Henderson is in charge of everything, from menus to budgets, staffing, and the contests the restaurants host. There are general managers at each location that Henderson meets with on a regular basis to discuss these things.

“My day involves a lot of meetings. That’s all I do – I get up and do meetings,” Henderson said.

Henderson has wanted to work in restaurants since he was 16, when he worked at Red Robin as a busboy. Henderson said that since then he’s always loved the environment, the people, and the food, so he chose to stick with it.

Henderson recalls his days at Red Robin as tiring, but fulfilling.

When Henderson got the job at Red Robin he said he didn’t think much of it, but later realized how much he loved the energy that a restaurant held.

Henderson said his favorite thing about working in the food industry is the relationships you establish with the other workers.

“I love the fact that it’s not the same thing, it’s constantly changing. I love how the restaurant business feels like a family, you got a bunch of people that are passionate about what they do and you become very close with these people that you work with and more so than any other industry,” Henderson said. “The restaurant world brings in a lot of sort of different kinds of characters that maybe wouldn’t fit in other worlds.”

Along with that, Henderson thinks working in a restaurant has a different style due to its almost automatic feedback.

“We deal on a board where people critique you immediately so you know exactly how you’re doing right away so if someone doesn’t like something they’re going to tell you right away,” Henderson said.

With all the perks comes many hardships as well and Henderson said there is a broad range of difficulties in starting up your own business.

“If you don’t have any difficulties, you probably don’t have a business worth starting up,” Henderson said, “Nothing comes easy in this world.”

Since graduating, Henderson has won the Star Chef Rising Star award in 2009, named the most influential person by Seattle Times in 2010, won Best New Restaurant by Bon Appetit back in August and recognized in Puget Sound’s Business Journal’s 2012 top 40 under 40.

“I think I was chosen because I’m pretty unique,” Henderson said.

When Henderson attended MTHS, he was a rather involved student. Having been in football, choir, and DECA, Henderson made a lot of cherished memories. Henderson said he really enjoyed how everyone at MTHS seemed to participate in everything the school had to offer.

While Henderson wouldn’t credit MTHS to any of his success, he did feel it was very diverse and had all types of people. He recalls how MTHS felt much more “low key” compared to other schools he’s been to and environments he’s been in. He said it felt much less “cliquey” than high schools are made out to be.

“I was at a time in my life when I didn’t feel very inclusive, I feel like MTHS certainly made me feel more included,” Henderson said, “I’ll always remember that.”

Henderson remembers teachers such as former choir director Jim Hashman and Roger Ottmar, former MTHS basketball coach and business teacher who he said made his high school experience more enjoyable. Henderson recalls how Ottmar used to call him “Hollywood” as a nickname and chuckles at the memory.

Henderson remembers the friends he had and memories he made at MTHS with sentimentality.

“You had all kinds of different people and I enjoyed that,” Henderson said, fondly.

Henderson said he owes all of his success to hard work and being smart.