Sports and music are equal 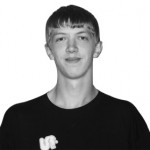 Most musicians in this school would agree with me in saying that, a band for example, is comprised of one team trying to achieve one goal: a flawless performance. No other opponents. No fields to run. Just one band sitting on stage and performing music.

In sports like football, for example, two teams are competing head to head, trying to get a single ball into their opponent’s end zone and they are intent on laying out any guy who’s got it. Music involves one team. Sports involve two. Put in this perspective, sports appear to be harder.

The equivalent to a running back plowing through the deffensive line while getting stripped of the football in front of thousands of people would be this: Imagine a band performing on stage. They’re about to begin to play when all of a sudden some members of another high school band jump up on stage and begin to shout and clap and wave their hands. Then, the entire audience is yelling “Mess Up!” and “No Pressure!” Then the people from the other school take away one-third of the band’s instruments. Now, things are starting to look as difficult. That’s what it would be like for a music group to experience the last play of a football game that’s on the line.

As for the mind set of both sports and music, both require the sense of getting “hyped up” before performing. What do you think is going on in a huddle before a football game, or a team meeting before a basketball game? For music, it requires a mental attitude to prepare for what’s ahead. Last year for example, I had the privilege of playing in the MTHS Jazz Ensemble 1 at the Paramount Theatre in front of 3,000 people! We performed a “Yes!” Clap, gradually speeding up our rhythm. It got us fired up, and we undoubtedly put on the best performance of the night. I honestly don’t believe that an athlete with little experience could pull that off.

You cannot say music is harder than sports or vice versa. I guess it really depends on where you stand with your amount of experience toward one or the other. What genre of music? Which sport? How strong is your opponent? I’ve heard people who know only one side of this argument, and quite frankly they don’t make much sense to me. Sports and music are equally as challenging.