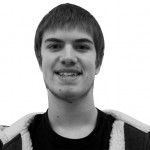 An attribute of man that is and always has plagued society is the tendency to cut down other’s work. People have the tendency to cast aside a multitude of demonstrations or products as tumultuous and trivial. The downfall is that those people fail to realize or even understand the countless time and tribulations the producers or creators most likely endured throughout the process of the entities completion.

For instance the student body is eager to state the perceived pitfalls and failures of an assembly, morning announcement broadcast, newspaper, and virtually anything else that an organization or a member of the student body or community has spent the time and turmoil to create or put together.

People must first understand the potent fact that renowned English writer Alexander Pope so aptly pointed out “…to err is human…” It is surprising how many people, especially teenagers, forget this seemingly obvious fact about every mortal human. People like to believe that their actions would turn out nothing short of perfect and others were merely idle or careless with their work.

Untactful as it may sound, those who make condescending remarks about another’s work should open their closed mind and close their open mouth. Unless they have done the exact same task while in the shoes of the creator they have no right to assume the level at which the final product should have turned out.

People fail to see all the preparation and dedication that go into creating the seemingly minutest of products. It takes a minimum of 10 highly competent people to create a morning announcement broadcast, a minimum of a week to create an assembly with extremely persistent and dedicated members, and an editorial cabinet of a minimum of 15 well qualified journalists to create a publication.

Those who are not fundamental assets to the production have no right to even begin to judge how something should have gone or should have been done. Even with the skills and diligence necessary in order to put something together a person cannot judge what other factors are present in a person’s life that could contribute to the quality of a production or final product.

Most students who are involved in extracurricular activities have numerous responsibilities entitled to them as well as a full course load and an ample amount of personal issues in their collective consciousness; all of which they must deal with on a daily basis. Even the smallest tribulation can have substantial adverse effects on the completion and execution of a demonstration or product. Countless circumstances take precedence over a school production.

Also the condescending statements only discourage the creators. Saying that something was horrible certainly isn’t going to make the creator all the more eager to continue their productions. If anything it will scathe their self-esteem and give them the impression that their work can never be good enough. Adults and peers like to polish their fellow colleagues’ tarnished hopes, but scientific fact has proved that the mind remembers harsh words and actions four times longer than it remembers good will.

In short, follow the age-old axiom “If you don’t have something nice to say, don’t say anything at all.” If more people follow this and stop spewing cutting and singeing words from their mouths then the creators will have fewer burdens on their minds, potentially enabling them to produce something worthy of outstanding merit.