Freshmen get in-depth introduction to Terrace with “NOW SHOW” 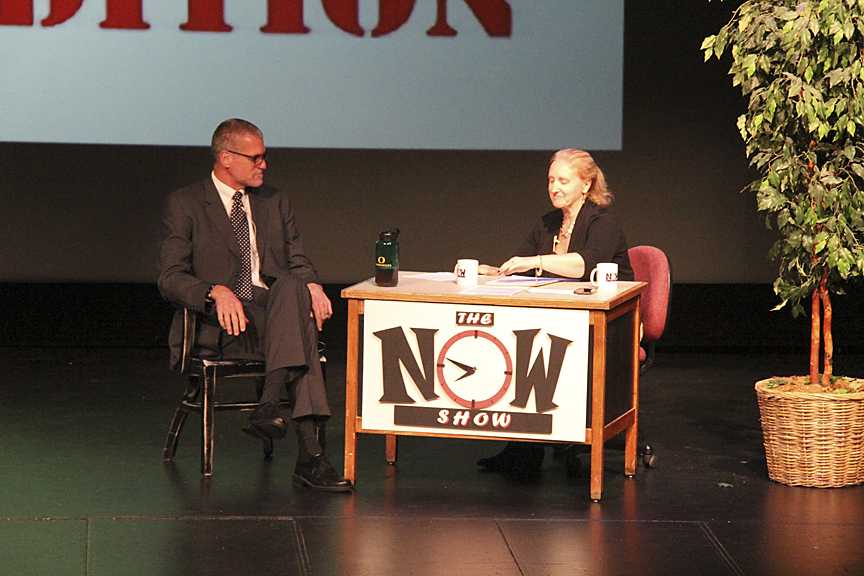 While sophomores and juniors were taking the PSAT, the entire freshman class gathered in the theater for the NOW SHOW, a talk show style presentation aimed at exposing the freshmen to MTHS culture.

Science teacher Penny LeFavour hosted the show, incorporating several guests as well as performances to make for an entertaining production.

After the first half of the “NOW SHOW,” freshmen went to the HUB for breakfast and trivia, as well as to sign the “I believe in U” pledge. Then, freshmen returned to the theater for the second half of the show.

The “NOW SHOW” was first started at MTHS in 2006, but was recently brought back just last year.