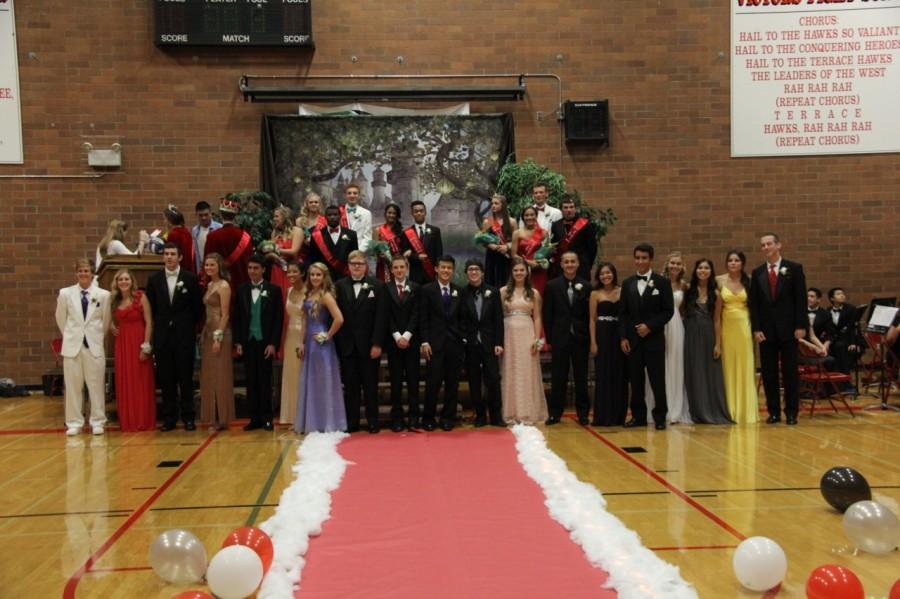 All of the candidates and winners gathered after the ceremony.

Homecoming 2014 was kicked off with the crowning of this year’s Homecoming Court on Monday, Oct. 13 at 7:00 p.m. in the Terraceum.

The court is as follows:

Nominees were first picked by teachers and then students were to vote for the prince and princess of their class, as well as the king and queen.

“We had a pretty diverse group of people from different clubs and backgrounds,” senior Alisha Clingan said.

Members of the court said the coronation process was well thought out and planned.

“Everyone did their part, everyone in coronation helped out,” senior Ryan LaCasse said.

Many nominees said they felt excited yet stressed about making it so far in the court.

“It was a little bit stressful at first but once I figured out what I was doing it went pretty smoothly,” freshman Jasmine Zenk said.

Members of the homecoming court have several responsibilities. They are involved in the storyline of the Homecoming assembly, are introduced during halftime of the Homecoming football game, do the supersonic alongside the cheerleaders at the assembly and game and complete various other tasks during the week.