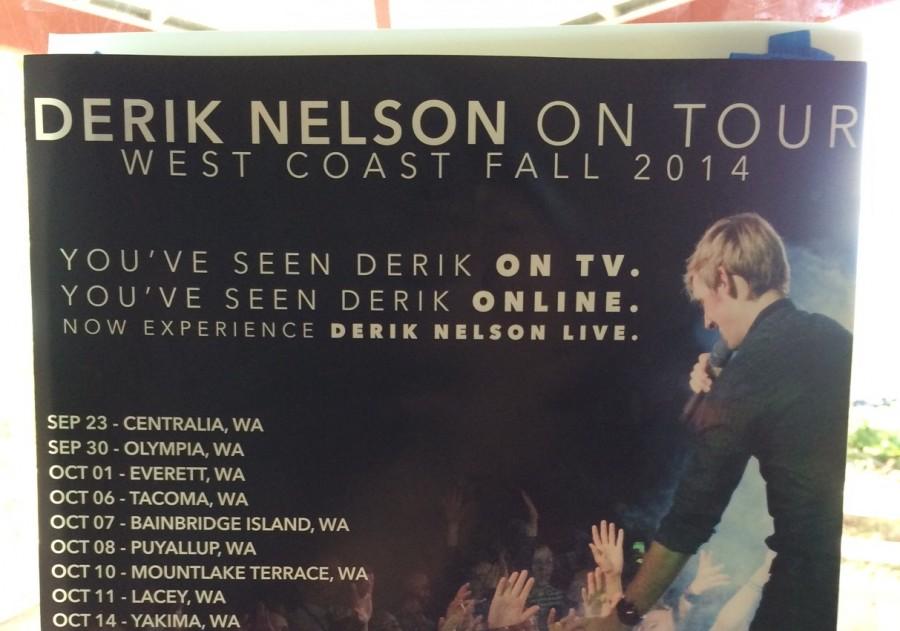 Derik Nelson is returning to MTHS for the second year in a row and will be performing in the theatre this Friday, Oct. 10th at 8:30 p.m. He comes here as part of his Take Chances Tour 2014 which fundraises and benefits high school performing arts programs.

Last year Nelson came to MTHS on his 2013 tour and was very well received.

“Everyone who attended had only great things to say about the concert, people were up out of their seats dancing in the aisles and having a great time,” Jeannie Brzovic, Drama department director, said.

Nelson will also be doing an inspirational masterclass during sixth period for any students wishing to attend on Friday.

Nelson’s career extends far beyond just being a guitarist on Fox’s hit tv show, “Glee.” He formed his own band while at USC (University of Southern California) and has been chasing his solo career ever since. Nelson has performed at notable venues in LA including the Troubadour and has shared the stage with big names such as Mary J. Blige and Lupe Fiasco.

Nelson has also had his singing voice heard on shows such as CBS’s “How I Met Your Mother,” and NBC’s “Go On” and “The Voice.”

In 2011 he got national attention for his original song “Take Chances,” and since then has performed all across the west coast.

Nelson also supports many charitable organizations such as Relay For Life and is dedicated to assisting and supporting communities.

As part of helping high school arts programs, a good portion of the ticket sales will go towards helping the MTHS drama department. Depending on the turnout they could receive anywhere from $500 to $2000, which would go towards funding for their winter musical “Gypsy,” which is going to be expensive to put on.

“We have to pay around $3000.00 just to get the permission to do the show and rent the materials for the script and music,” Brzovic said.

Nelson’s show is expected to be bigger and better this year.

“I would love to see the theatre sold out, [but] it is hard to tell, because most of the tickets will be sold at the door the night of the show,” Brzovic said.

Advertisement of Nelson’s show has been widespread, with flyers from Mill Creek to Ballard and a facebook event page with over 1500 invited.

The show is a local yet professional event and is a great opportunity to enjoy live music.