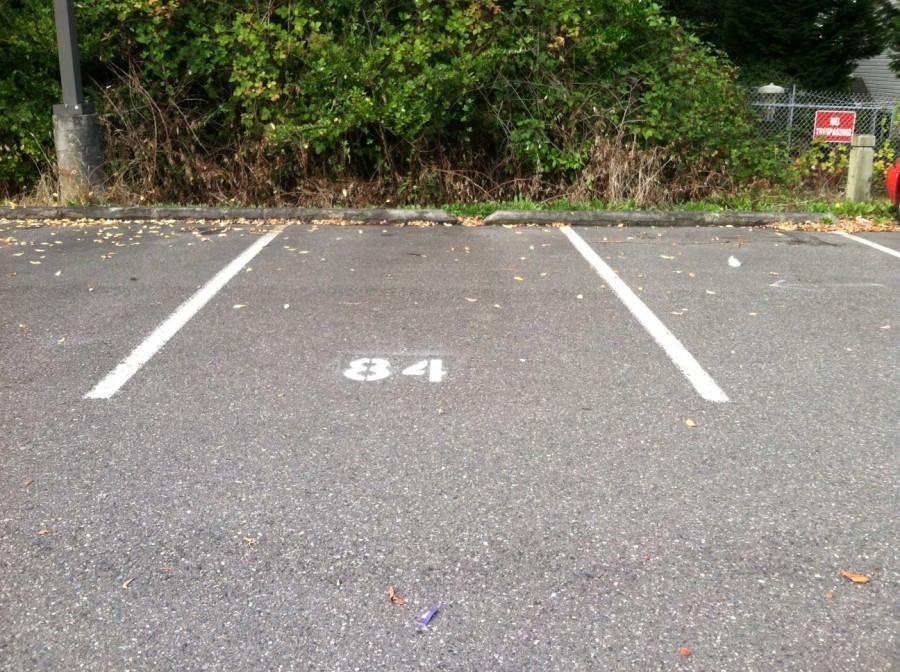 Junior Cody Bowman's car was stolen from his parking spot, 84, on Sept. 21 while he was at school for the annual ASB retreat. He realized it was gone when he returned from the retreat the next afternoon and notified administration immediately.

Bowman was at the school about to leave for the annual ASB retreat when his car was stolen. When he returned from the retreat the next day, Bowman said he went looking for his car, realized it was missing and notified administration.

According to Principal Greg Schwab, the thief was seen on video surveillance footage getting into Bowman’s car and driving it off campus. Schwab said the car thief was male and looked to be in his mid-20s and was no one that administration or Boman’s family recognized.

“The video surveillance is so bad that there is no definition and we can’t identify who it is [that stole the car],” Commander Doug Hansen of the Mountlake Terrace Police Department (MLTPD) said.

Bowman and his family filed a police report immediately after realizing the car was stolen and have rented a car for the time being. Police are still looking for the car.

“In the event of a car theft we’re kind of in the mercy of it being left somewhere or another department finding it somewhere,” Hansen said.

The vehicle was locked when stolen. It only had one item of value in it, a tent, but the car itself was important to the family. It belonged to Bowman’s great-grandmother before being passed down through his parents to him.

“It was my mom’s grandma’s car, so she’s attached to it a lot,” Bowman said. “We’ve had it for my whole life.”

Bowman said the police informed him that the car would be impounded if found.

Wirtz was at MTHS for a basketball day camp and when he went to leave, he noticed his car was gone and then called police.

The person accused of stealing Wirtz’s car is in the process of being prosecuted for the crime and is known by the police to have stolen cars before, according to Wirtz.

In the video surveillance footage from the crime scenes, the thieves were both male and looked to be in their mid-20s.

“We captured everything on camera and it’s hard to tell, but it looks like it could be the same person,” Schwab said. “If it is, this person obviously knows what they’re looking for.”

In Wirtz’s theft, the car was returned weeks later but had been damaged slightly. Over $700 of valuables had been stolen from the vehicle, including his wallet which held his drivers license, credit cards and drivers manual.

The police found someone else’s clothes, tools and drugs inside the car when it was returned.

Both Wirtz and Bowman said their cars had been easily stolen and were out on the road within minutes of the thief breaking into them. They advise anyone with cars made in that year or of the same make to add more security and protection to their car.