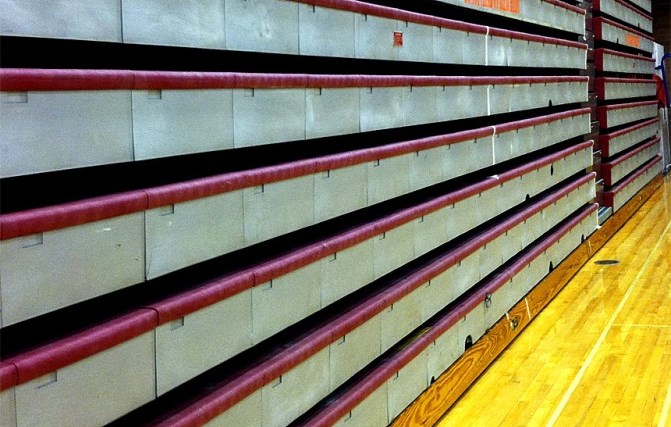 The Terraceum bleachers were fixed and the fall sports assembly has been rescheduled to this Friday.

Athletics Director/Activities Coordinator Kim “Stew” Stewart said a metal wheel and metal axle on the bleachers broke when they were being retracted after the volleyball game Thursday. The Edmonds School District (ESD) had the damage repaired the following day.

“We aren’t 100 percent sure what happened, but they’re fixed and we’re moving on,” Stewart said.

However, he does think that it is partially attributed to hard, sticky foods getting stuck in the wheels.

Because of this, the ESD will begin to enforce certain rules about food allowed in the gym. Hard and sticky candy, such as Skittles, M&Ms and Laffy Taffy will be prohibited, according to Stewart.

“Hot dogs, nachos, that type of thing can cause damage, but it’s the smaller candy type stuff that we think is getting through and getting stuck in there and making the wheels stop,” Stewart said.