MTHS Drama to put on special performance of “Romeo and Juliet” this Friday, Saturday 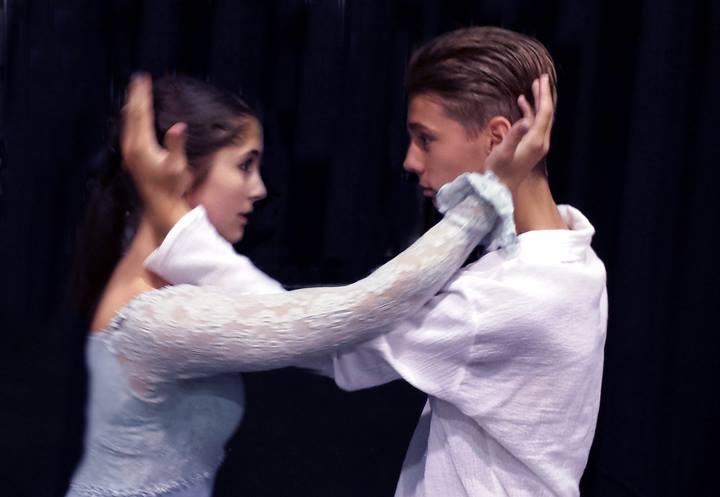 Most know the star-crossed lovers romance story that is “Romeo and Juliet.” But the MTHS drama department is putting a twist on the timeless classic. With this movement workshop at MTHS, the drama department will showcase their performance with little to no words at all.

“Well, first of all, it’s all dance,” sophomore Everett Amundson, who will be playing Romeo, said.

The cast pulled this show together with minimal warning and little preparation.

“[We] didn’t know we were doing till we showed up,” senior Emily Davidson, playing Juliet said.

Total count of three weeks of rehearsal left the cast with lots of work to be done.

“It works really well… it’s less then a fourth of the time we would normally get,” Amundson said.

Training for this movement performance was short and simply put.

“Some basic ballet, then the choreography, and we just started running through it,” Amundson said.

The production premiers Friday, Sep. 25 and has a second showing on Saturday, Sep. 26. The performance will be at the MTHS theater and will set you back just $5 per attendee.