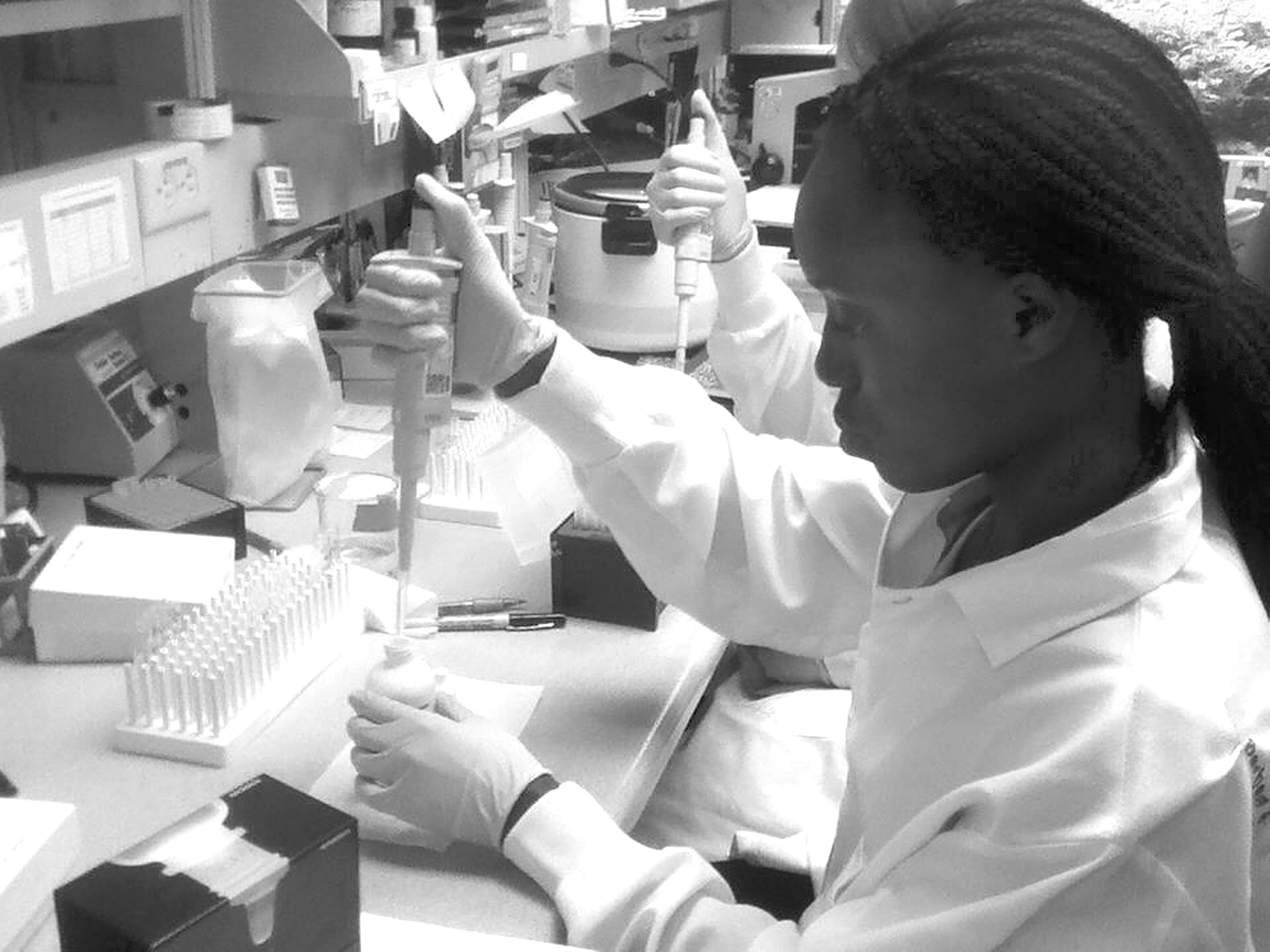 It only takes a minute speaking with senior Barbara Biney to get a sense for her incredible modesty, intelligence and potential. With her impeccable and unstoppable drive, it is evident that there is no stopping what she can become.

Juggling a job at the local QFC and the Fred Hutchinson Cancer Research Center, training every day for track, and maintaining a 3.9 GPA while simultaneously having a leadership role in school activities such as BSU, Key Club and a math tutoring program at MTHS, Biney’s hard work and determination have lead to acceptance to top universities, including University of Pennsylvania, Cornell University, UCLA, UC Davis, USC, UC Santa Barbara, University of Washington, and Western Washington. In order to pursue her educational goals, Biney will attend the University of Pennsylvania, one of the nation’s most prestigious colleges.

She consistently goes above and beyond in every activity that she becomes involved in.

When she heard about another fellow track star who trains with other another team in Tacoma, she quickly jumped on board.

“Driving down to Tacoma, like Sundays, takes about six hours. An hour and a half to get down there, three hours there, and up to two hours to get back. So, it’s a big dedication but it’s totally worth it. For me it’s a great balance because I’m so busy with everything else it allows me to only think about track. It’s the one time of the day I have to myself. That’s what I like about track- that it’s an individual sport,” Biney said.

Biney has shown through many of her activities that she goes above and beyond expectations.

This is her first year qualifying for state after many years of training. “Every year [I’ve almost qualified to go to state]. It sucks, it’s not fun,” Biney  added.

Yet, this obstacle did not stop her. Biney is currently ranked as one of the top 50 sprinters and jumpers in the nation, a three-time regional qualifier, placed second at state and third at regionals, and qualified and participated at Junior Olympic Nationals.

One of the things that stands out about Biney is her attitude.

“I feel like I’m really focused and I don’t like to let things stop me, especially when someone tells me no or that I can’t do something, I like to prove them wrong. And a lot of people always ask me ‘oh why do you care so much, why do you try so hard?’ and I’m like ‘because this is going to affect me later.’ I like to invest my time into things that will benefit me later and I think of my future and not just now. And I think that’s the key concept with everything that I do and that’s what helps me keep me so focused,” Biney noted.

Biney is confident in her work and her accomplishments in a way that doesn’t come across as conceited. She has an open mind about the opportunities she has available and wants to experiment with them in order to see how they work for her.

During her years at MTHS, Biney was the President of Key Club, Vice President of the Black Student Union, and a representative for ASB, and competed in cross country and track and field. She was also a student adviser for the Edmonds School District School Board during her junior year. Her involvement in these activities has revealed her leadership qualities and her proficiency to always go above and beyond.

Biney also discovered her interest in the medical research field and found programs that helped her improve her knowledge in it. She volunteered at the Swedish Hospital in Edmonds during the summers of 2010 and 2011. Biney was also given the distinguished opportunity to intern at the Fred Hutchinson Cancer Research Center. She interned in the Breast Cancer lab, performing immunohistochemistry, RT-qPCR and DNA extractions. After her internship, she was hired in the Stem Cell lab. She is currently learning and getting paid to perform research on things such as tissue culture, DNA extractions and gel electrophoresis.

It’s clear that Biney is well on her way to achieve what she wants and she doesn’t fool around.

When asked if she had regretted being so focused and perhaps not experiencing the social aspect of high school, Biney replied, “If not, I wish I was more focused. It seems like I am now, but, from my standards, I wish I was a little more hard on myself, but you learn things at a certain time in life and I feel like everything happens for a reason and I feel like that’s how you become the person you are today.”

Something distinguishable that Biney discovered in her high school career is the value of education.

“Being at the Hutch made me realize the value of education and why we go to school [because] the stuff the I learned in chemistry class and biology class is exactly the same things that I performed at the Hutch or the same concepts at least. So that helped me understand that you go to school to understand these concepts so you can apply them later on, which is something that seems kind of obvious but it’s really not until you experience it. So when I’m in class I’m like ‘okay I actually have to know this cause when I get into college it’s either going to build on top of itself or I’m going to use this at the Hutch,” Biney stated.

Biney said she has learned very early in her educational career that education is going to shape her future. She’s worked incredibly hard during the past four years of high school, enrolling in AP and honors classes, receiving straight A’s and becoming part of the top 5 percent of the class of 2014.

At the stem of all her accomplishments and undertakings is her motivation and reason.

“My Mom works really hard and I want to be able to provide for her and care for her when she’s older, and I know the only way to do that is through my education and working really hard so I can get a job and get rich one day which I will,” Biney stated.

Biney was born in Ghana, Africa, and as a part of that culture, it is expected that the oldest child care for the younger siblings. So, on top of her school work, activities and work, Biney’s responsibilities at home include taking care of her sister, cleaning and making dinner.

Furthermore, Biney’s research and studies have inspired her plans for the future by starting a hospital in her home country, Ghana.

“I feel obligated to help my people,” Biney said.

Biney will begin her journey at Penn this summer with a pre-freshman program that will help her prepare for the academic rigor of college, and she cannot help but express her excitement.

“It’s so overwhelming,” she said. “I am really excited to go to college and live in a dorm and have food ready for whenever I want. I’m really excited to be around people like, people who are super passionate and I know there’s always going to be the people who slack around, but that’s okay because we need a balance and I’m excited to be around smart people and the professors and have so much hands-on work. It’s just an amazing place.”