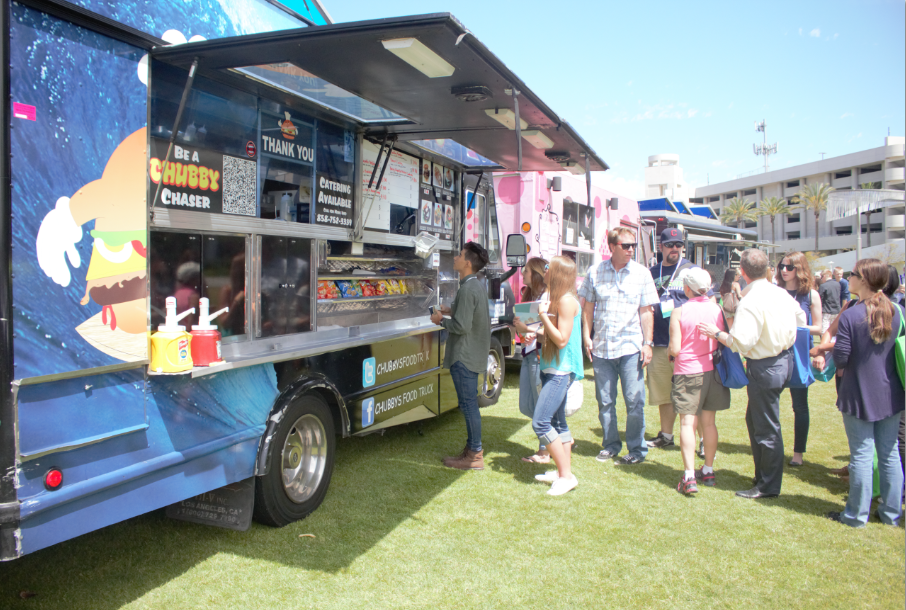 As journalism students, advisers and judges begin to gather for the JEA/NSPA Spring National High School Journalism Convention, local restaurants and fast food businesses have had to prepare for the specific needs of thousands of additional people.

Many local restaurants made adjustments to assure that they have adequate service for the additional number of people. Some accomplished this by staffing extra people during the days of the convention.

“The convention [leaders] lets us know [when large conventions will be in town],” Stephanie Reussner, general manager of Richard Walker’s Pancake House, said. “We make sure we overstaff so that you will get the best customer service that we have.”

Other restaurants, such as Isola Pizza in Little Italy, felt no need to make such preparations.

“I just let the kitchen know [when there will be conventions in town]. Our [restaurant’s] kind of concept doesn’t rely on reservations much, only walk in. We are always ready for battle,” general manager Alonso Corella said.

While some convention groups either split off into smaller groups to go to different, more preferred restaurants, others stay together to eat. This requires those with diet limitations to search for their options among the broader menu.

Local restaurants have made an effort to accommodate to the needs of people with these dietary needs, especially vegetarians. Mountlake Terrace High School senior Will Khadivi, who has been a vegetarian for six years, has found many food options to accommodate his eating style while in San Diego.

“It’s really quite easy to find vegetarian options at a lot of restaurants because restaurants want to cater to vegetarians,” Khadivi said.

“At Burger Lounge, one of the restaurants [my classmates and I] went to together as a group, had a few vegetarian options and their food was really quite good. We went to a smaller taco restaurant, Taco Express, and they didn’t have many vegetarian options but the owner was willing to change things up,” he continued.

For Kelly Roehrig from Stillwater Area High School, it has been challenging to find vegetarian options during the first part of the convention.

“Today, it’s been really difficult. There was [only] one vegetarian option that wasn’t Mexican food so that was hard, but I’ve been fine,” Roehrig said.

Roehrig especially felt limited by the food trucks that were parked by the convention hotel.

“I was kind of forced to order one thing, the asparagus grilled cheese. If I didn’t like asparagus, that would be horrible,” she noted.

These food trucks were brought onto the premises to give convention-goers more options and convenience, but failed to accommodate everyone in the convention. Nonetheless, most students crowded the trucks, which had a myriad of choices available for those with non-restricted diets.

Other food cart options and normal locations can be found here.

These providers represent just a few of the numerous food establishments in the San Diego area.